Just as we saw in Sandy Hook, Aurora, Tucson, Northern Illinois University, the WestRoads Mall shooting, and Virginia Tech (just to name a few), the shooter here was a known mental health patient who slipped through the cracks:

Navy veteran Aaron Alexis, who killed 12 people at a Navy building in Washington Monday morning, had been suffering a host of serious mental issues, including paranoia and a sleep disorder, law enforcement officials told the Associated Press.

Alexis had been hearing voices in his head and had been treated since August by the Veterans Administration for his mental problems, the officials said. They spoke on condition of anonymity because the criminal investigation in the case was continuing.

Aaron Alexis had firearms and mental health issues dating back at least until 2004, where he shot a construction worker’s vehicle in Seattle while apparently “blacked out.”

Despite the fact that mental illness is yet again to blame, White House spokesman Jay Carney is indicating that Barack Obama is going to use the Navy Yard shooting to push for gun control:

In the wake of the shooting at the Navy Yard, Obama spokesman Jay Carney said the president is implementing executive actions and reiterated his commitment to strengthening gun laws, including expanding background checks to sales online and at gun shows.

“The president supports, as do an overwhelming majority of Americans, common-sense measures to reduce gun violence,” Carney said.

Alexis did not buy his Remington 870 shotgun at a gun show (where licensed gun dealers do carry out background checks, despite claims to the contrary), but at a gun store, after passing an FBI NCIS background check.

Likewise, Guns purchased over the Internet can only to a gun dealer, where the purchaser must complete a FBI background check before the gun transfer is completed.

As is typical of this White House, they are begin intentionally deceptive. 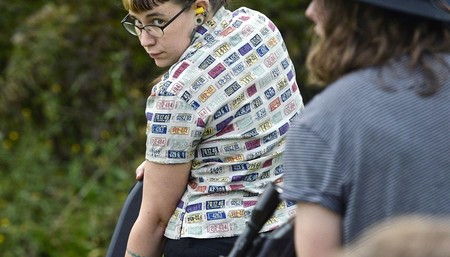