Kirk Figueroa, a Boston constable, former U.S. Army Reserve military policeman, and self-described “bounty hunter” got into an argument with his roommate over the thermostat, and pulled a knife. His roommate fled and called the police. When officers arrived, Figueroa opened fire on them with a shotgun at close range.

Patrol officer Richie Cintolo was hit in the face, throat, chest ,and shoulder. Fellow officer Matt Morris took a load of shot to the upper thigh near the groin.

Backup officers swarmed the scene. While one of them provided cover fire with first his handgun and then a tactical officer’s carbine to keep Figueroa pinned down when he handgun ran dry, other officer Cintolo and Morris to safety and began applying lessons they’d learned in a department combat casualty care class and saved their lives.

Boston Police Commissioner William Evans said Thursday that the application of a tourniquet saved the life of one of the officers wounded in a shootout in East Boston Wednesday night–and the officer who applied it had just had tourniquet training less than a week before.

Evans said Thursday afternoon that Officer Richard Cintolo and Officer Matt Morris both remain in stable but critical condition after they were shot by Kirk Figueroa, a Boston constable, in his Gladstone Street home.

Morris had been shot in the leg, severing a main artery.

While tactical teams exchanged fire with Figueroa, other officers pulled Cintolo and Morris to safety and applied a tourniquet to Morris’s leg.

“The officers were quick to put their hands (on the wound) as well as apply a tourniquet, which doctors later said probably saved his life,” Evans said.

Evans said Officer Morris was aware of how the tourniquet saved his life, and, though heavily sedated at Massachusetts General Hospital Wednesday, clearly said he wanted to thank the particular SWAT team officer who applied it.

“I had a conversation with Officer Morris down there, and one of the things he clearly said to me was, ‘I want to thank this particular officer, he saved my life.’ So, he knows how close he was to death.”

Evans said all BPD officers have carried tourniquets in their cars since the Boston Marathon bombings in 2013–but this particular officer was part of a group who had just had training in the use of tourniquets last Thursday.

A more detailed account of the firefight said that one the responding officers who pulled the two wounded cops out of the killzone rammed his hand into Officer Morris’s leg and pinched off the spurting femoral artery until a tourniquet could be applied. Sergeant Norberto Perez learned to apply the tourniquet just two weeks before the incident.

Tourniquets have saved countless lives in the War on Terror, and other lessons learned from combat medics in the field in Iraq and Afghanistan are being to make their way into civilian first aid and emergency medicine in recent years. Trauma briefs based upon the lessons of Tactical Combat Casualty Care (TCCC) have been part of medical training for soldiers, but are now increasingly being incorporated into law enforcement training and are becoming a part of many private sector firearms courses as well.

If you carry a gun, carry a tourniquet

A medical brief was included in the Defense Against Street Crimes class I took at Gunsite Academy earlier this year, and applying a tourniquet was incorporated into both shooting drills and in force-on-force training. It’s because of that brief that I began carrying a tourniquet (in a PHLster Flat Pack Carrier) and  pressure dressing as part of my everyday carry (EDC) now every time I leave the house.

I’ll be building on the skills I picked up in that brief in a one-day basic trauma management course offered by a retired Green Beret medic Mike Voytko just a month from now in Sanford, NC (NC/SC folks, I’d love to meet you there). The course reviews for the class are solid, and it will put me in a much better position to help myself or others who may be having their Worst Day Ever, whether they are involved in a shooting, a car crash, or some other kind of tramatic accident.

I strongly encourage that you seek out and take a similar course in your area, and be someone’s hero.

Update: In addition to the incident in Boston, a Baltimore officer was saved with a tourniquet after a self-inflicted wound during a chase Wednesday night. That’s two law enforcement officers who have had their lives saved by tourniquets this week alone. 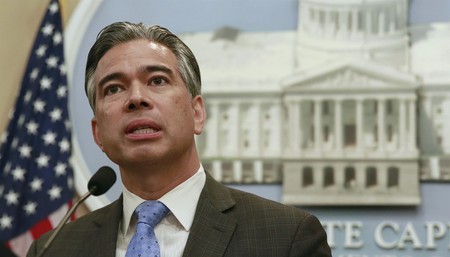