Suspects in Maryland and England have now been charged after being hunted down as the source of a SWATting call that resulted in confused young man waking up and catching less-lethal rounds, including a shot to the face.

Two people have been charged in relation to a prank phone call that led to one man being shot twice, once in the face, by tactical police officers in Howard County, Maryland. The “swatting” was allegedly orchestrated because of a disagreement over an online game.

The Independent reports that Robert McDaid, a 21-year old from Coventry, England is the first British citizen to be charged in the UK for swatting. His alleged accomplice, American Zachary Lee, was also indicted last week according to the Baltimore Sun.

McDaid and Lee are said to have telephoned a terrorism hotline posing as Tyran Dobbs. The phony Dobbs claimed to have barricaded himself inside his home with hostages and explosives, and demanded $15,000 for their safe release. Police took the threat seriously, and began to move assets into position including a Special Weapons and Tactics team and, according to one witness, an armored vehicle.

The real Tyran Dobbs was inside the house, and tells his local ABC affiliate he was asleep when the SWAT team roused him. In a tearful interview, Dobbs’ father says he was outside the apartment pleading with officers to stop when they shot his son.

The injuries Dobbs suffered after being wounded by the less-than-lethal rubber ammunition used by police required two different reconstructive surgeries.

SWATting is a tactic that has been championed by some radical gun control fanatics as a way of “teaching gun owners a lesson.” They advocate calling 911 any time a gun owner is seen in public with a firearm, whether open carrying a rifle or holstered handgun, or when a concealed carrier fails to properly conceal a weapon.

Calling 911 in and of itself is not unexpected when nervous people see a firearm in public in areas where they don’t expect to see them, but these fanatics have advocated going beyond merely describing a person with a weapon, to exaggerating or outright lying about what they seem doing with the gun.

SWATting calls have led to both victims and law enforcement officers being hurt, even killed.

It’s good to see authorities taking these incidents seriously, even going international, to bring these criminals to justice. 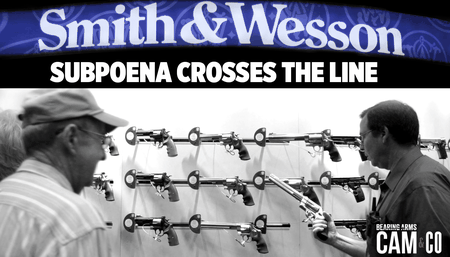 Cheney’s Humiliating Defeat Is Another Sign That We Are Winning
Townhall
Here's a savage thread by Tom Elliott on why citizens should be pro-defunding the FBI
Twitchy
Trump Takes His Troll Game to Another Level, Starts Endorsing Democrats
Redstate
BOMBSHELL: Outing of Trump Raid 'Leaker' Shatters FBI Document Excuse, Now All Eyes Are on Affidavit Hearing
PJ Media