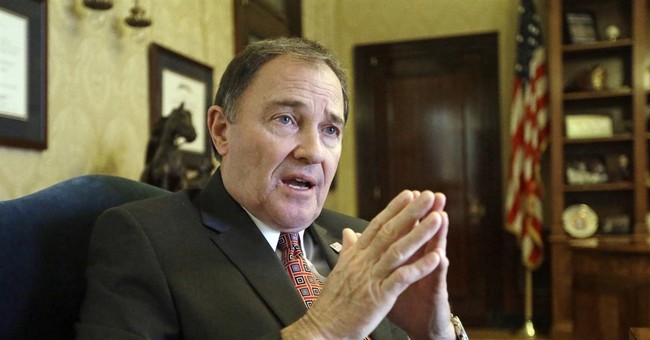 Telling reporters that it’s time the state “took some action” on gun control, Utah Governor Gary Herbert is calling on lawmakers to consider raising the age to purchase a firearm, expanding background check requirements, and passing a red flag law.

“I think all of those things are going to be at the heart of the discussion,” Herbert said, adding that “we need to take some action.”

Two of the measures Hebert mentioned – background checks and a red flag law – were proposed in the Utah Legislature earlier this year. Neither bill was given a public hearing.

Herbert’s been inching his way towards supporting gun control laws for a while now. He’s vetoed constitutional carry legislation that would have allowed legal gun owners to carry a firearm without a license, and last year said he would be open to universal background checks and bans on magazines over a certain capacity. Interestingly, while Governor Herbert now says he wants to examine raising the age to purchase a firearm to 21, just two years ago he signed a law creating a provision concealed carry license for individuals between the ages of 18 and 20. Does he really think a 19-year old should be able to carry a handgun, but not be allowed to buy a bolt-action rifle?

The governor seems to be in full “do something” mode at the moment, and while he’s focusing on gun control, that’s not the only issue he wants to address.

The governor said violence in video games and movies should bear some of the blame for mass shootings.

“I think all those things ought to be talked about and discussed in an open and frank manner and see if we can’t change the culture in which we seem to find ourselves in today where violence is just an acceptable part of life,” Herbert said.“I think there is a sense of frustration about why is it happening and what can we do to prevent it.”

Who actually thinks that violence is an acceptable part of life? Does the governor really believe that Utahns just shrug their shoulders at violent crime? The debate over gun control isn’t between one side that thinks violence is okay and another side that says it’s unacceptable. The debate is between one side who thinks that putting restrictions on the constitutional right to keep and bear arms will make us safer, and one side who doesn’t.

According to FBI crime statistics, Utah’s violent crime rate is about 40% below the national average, and the state’s homicide rate of 2.4 per 100,000 is less than half the national average of 5.2 per 100,000. Utah has lower violent crime and homicide rates than states with very restrictive gun laws like California, New York, New Jersey, and Maryland, for example. And according to the General Social Survey, gun ownership rates in Utah are far higher than they are in California, New York, New Jersey, and Maryland as well.

Does Governor Herbert think that by making Utah’s laws look more like California’s, the state will become safer? If passing a magazine ban turns one million Utah residents into criminals overnight, does that do anything to reduce real crime, or does it just create a new category of crime instead?

The governor is right about a sense of frustration about why these types of active assailant attacks are occurring, but he’s wrong to suggest that Americans are suddenly okay with violent crime or that restricting the rights of residents in his state is the answer.