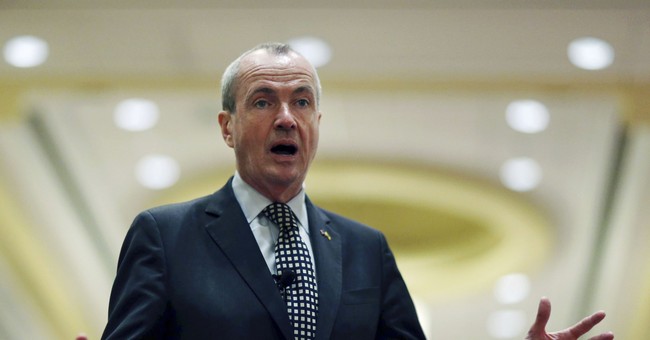 New Jersey Governor Phil Murphy, who’s said he’ll sign any gun control bill that gets to his desk, apparently got tired of waiting for another round of anti-gun legislation to pass through the legislature and decided to issue an executive order all on his own. The measure appears mostly harmless, but there is one provision that could make it harder for firearms manufacturers and retailers in the state.

First, Murphy declares that all firearm dealers and manufacturers seeking to do business with the state must adhere to certain protocols:

For retail dealers of firearms, that such dealers have policies to prevent, detect, and screen for the transfer of firearms to straw purchasers or firearm traffickers; to prevent sales to prohibited individuals; to protect against the theft of firearms and ammunition; to train vendor employees and have reasonable employment policies designed to ensure maximum compliance with the law; to assist law enforcement in the investigation and prevention of criminal access to guns; and to promote public safety.

That’s easy enough. Gun stores are already doing these things, though it’s quite possible that bureaucrats will argue existing standards and practices aren’t enough. The bigger issue is Murphy’s order to the state Treasurer.

The Treasurer is instructed to issue a request, within 30 days, to financial institutions providing services to the Department of Treasury, or any of its divisions, offices or agencies, to disclose whether such institutions have adopted any code of conduct or principles related to gun safety or responsible sales of firearms.

This is part of the strategy to use the financial system to push gun control, which includes everything from the Obama-era Operation Choke Point that pressured banks to stop doing business with companies in the firearms industry, to corporate codes of conduct prohibiting lending or financial services to gun companies that produce semi-automatic rifles or anything else gun control advocates deem unacceptable. Murphy’s executive order doesn’t say that those companies that have not adopted a code of conduct will be prohibited or restricted from doing business with the state of New Jersey, but he’s clearly building the groundwork for such a move.

The Commissioner of Banking and Insurance, within 30 days, is instructed to take all appropriate action within her authority to prohibit and/or limit the sale, procurement, marketing or distribution of insurance products that may serve to encourage the improper use of firearms.

What policies would those be? Is there an insurance product out there that tells customers to “go ahead, be irresponsible. After all, you’re insured!” Insurance companies make money by taking more in premiums than they pay out in policies. Encouraging the proper use of firearms is part of the basic business model of any company offering a policy. What Murphy’s really targeting here are companies that provide policies in case you have to use your firearm in self-defense. The argument seems to be that simply providing that service amounts to encouraging the improper use of firearms. I’m guessing if the governor decides to block companies from providing those services in New Jersey, he’ll soon be facing a lawsuit challenging the move.

I’ll also be talking to Anthony Colandro, owner of Gun 4 Hire range in Woodland Park, New Jersey on tomorrow’s Bearing Arms’ Cam & Co. about Murphy’s executive order and what impact it might have on gun owners, retailers, and manufacturers in the state. You can find the show on YouTube as well as Apple podcasts.