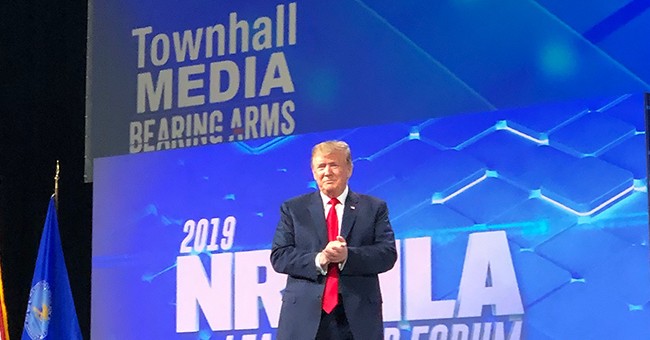 In other news, nearly half of Americans have no idea what a terrorist organization actually looks like.

Nearly one-quarter (23%) of Americans say it’s “completely accurate” to call the NRA domestic terrorists, while one in five (20%) say it’s “mostly accurate.” Democrats (63%) are more likely than independents (37%) and Republicans (22%) to say this characterization is accurate.

It’s not surprising that the bulk of those who believe the National Rifle Association is a domestic terror organization are Democrats. After all, the NRA has been the biggest bogeyman for anti-gun groups for years now, and anti-gun activists on social media have routinely called the NRA a terrorist organization for a while now. It’s sad, but not exactly shocking, to see that mentality adopted by many on the Left.

Breaking down the poll results by age reveals that younger Americans are the least likely age group to consider the NRA a terrorist organization. Nineteen percent of those 18-24 completely agree with that label, compared to 24% of those 44-55 and 23% of those over the age of 55.

Geographically, 30% of respondents in the northeast wholeheartedly agreed with the designation, while just 18% of those in the midwest concurred.

Interestingly, according to YouGov, 25% of men agreed completely that the NRA is a terrorist organization, while just 21% of women felt the same.

It also appears wealth has an impact on how you feel about the NRA. According to the YouGov poll, 32% of those who earn more than $80k a year are on board with calling the NRA a terrorist organization, while just 20% of those making less than $40k agree.

Of course, the NRA isn’t a terrorist organization, and its millions of members aren’t terrorists. In fact, the NRA has a message to the San Francisco supervisors and those who agree with them.

I suspect that most folks who are fine with calling the NRA a domestic terror organization are just using that as lazy shorthand for “I really don’t like this group,” which is asinine. But if they really do believe that there are five million domestic terrorists running around, I’d like to see some follow up polling to see how many Americans think NRA members should:

After all, if the NRA and its members are a bunch of terrorists, we can’t have them running around all willy-nilly exercising their constitutional rights, can we?

It’s both sad and scary that the moral panic over gun ownership has gotten to the point where a substantial number of Democrats are willing to declare millions of law-abiding Americans as “terrorists” simply because they disagree with them on the fundamental importance of the right to keep and bear arms. The truth is the moms and dads, veterans, law enforcement and first responders, teachers, pastors, accountants, firearms instructors, truck drivers, and more who make up the NRA’s membership are the kind of folks who help their fellow Americans when terrorists attack their communities, be it a small town in Texas or the metropolis of New York City. The fact that so many anti-gun advocates can’t tell or refuse to acknowledge the difference says a lot more about them than it says about the average NRA member.

Chicago Politicians Should Quit Blaming Indiana For Their Criminals

Chicago Politicians Should Quit Blaming Indiana For Their Criminals