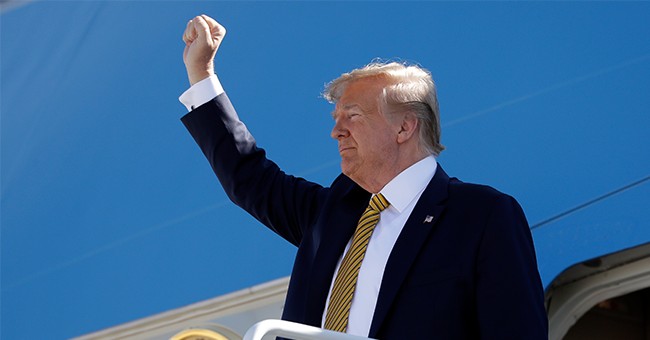 President Donald Trump says his administration is going slowly with any proposal on guns and gun control, because the administration wants “to make sure it’s right”. Speaking to Ed Henry of Fox News in an interview airing Thursday, the president said he’s still in negotiations with members of both parties, but certain measures like a “universal background check” bill aren’t part of discussions, and the president said he would do “nothing to hurt the 2nd Amendment”.

“I am [going to stand up to the NRA] if it’s not going to hurt a good, solid great American citizen from keeping his weapon because they want that,” he said.

One attempted “compromise” may have been the expanded background check measure that met a chilly reception on Capitol Hill Wednesday, and one reason it wasn’t received better is because it’s really no compromise at all. The measure would give gun control advocates a little bit of what they want, while allowing them to demand more. 2nd Amendment supporters, on the other hand, don’t get anything out of the deal other than the promise that gun control activists will use the half-measure to demand the passage of “universal background checks”.

A true compromise measure would involve something of value to 2nd Amendment supporters like national right to carry reciprocity or removing suppressors from the National Firearms Act. The problem with that is that Democrats would never agree to such a proposal, even if Manchin/Toomey background check legislation was attached. So, the president has to struggle to find something that both sides would support, which may very well be an impossible task. The NRA, for example, has already come out against the background check proposal circulating on the Hill yesterday.

Jason Ouimet, executive director of the NRA’s Institute for Legislative Action, said in a statement: “This missive is a non-starter with the NRA and our 5 million members because it burdens law-abiding gun owners while ignoring what actually matters: fixing the broken mental health system and the prosecution of violent criminals.”

So when will we actually see the rollout of the White House plan? Reports beginning late last week indicated we might see something from the president today, but Trump threw cold water on that idea in his interview with Ed Henry. In my conversation with the Daily Caller’s Amber Athey on today’s Bearing Arms’ Cam & Co., she said it’s looking like next week would be the earliest we might hear something officially from the president about what measures, if any, he’ll support.

In the meantime, make sure you’re talking to your senators and your representative. Gun control activists are still completely engaged in their push for new gun laws, so gun owners and 2nd Amendment supporters need to be doing all we can to ensure that lawmakers are hearing from us as well.