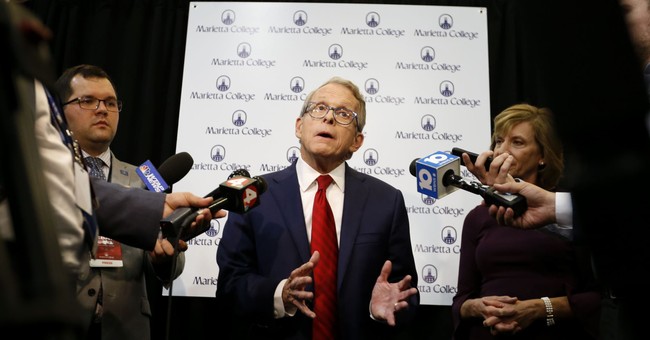 Ohio Gov. Mike DeWine signed a self-defense bill into law on Monday, despite suggesting a couple of weeks ago that he was leaning towards vetoing the measure. In mid-December the governor complained that Republicans in charge of the state house should be focused on his Ohio STRONG package of gun legislation rather than improving the state’s Stand Your Ground law, telling reporters “I’ve made it very clear, I think, many times, going back months, that I felt that before the legislature took up other gun bills, that they really should focus on what we have sent them.”

Despite those signals, DeWine signed SB 175 into law on Monday, which was the last day for him to take action on the measure. Second Amendment activists in the state were quick to applaud the governor for his move, which they say fulfills a campaign promise made by DeWine during his 2018 run for governor to repeal the state’s “duty to retreat” language.

“We’re very pleased the Governor kept his promise to sign the repeal of Ohio’s duty to retreat law that forces victims of violent crime to retreat before they’re legally able to defend themselves,” said Buckeye Firearms Association Executive Director, Dean Rieck. “Our organization worked relentlessly down the stretch to see this bill become law.”

DeWine did use the signing of SB 175 to once again push for movement on elements of his Ohio STRONG bill, including a measure to submit more records to the NICS system in order to help stop prohibited persons from buying a firearm at retail. The Buckeye Firearms Association’s Rieck indicated the organization is willing to work with the governor on the issue, but insisted that any additional reporting requirements don’t infringe on the rights of law-abiding citizens.

“From the beginning, BFA has been open to changes that would ensure more timely reporting,” said Rieck. “However, we must protect the rights of the law abiding by making sure that reporting is done properly, and that people have a quick process to make corrections when the government makes mistakes. The National Shooting Sports Foundation’s Fix NICS initiative is intended to do just that.”

I’m glad to see DeWine step up and sign the bill over the vociferous objections of gun control activists and members of the media who’ve falsely portrayed the measure as a “racist” piece of legislation that allows gun owners to “catch and kill” people who pose no threat to public or personal safety.

The new law does nothing of the kind, of course. It simply states that if you are where you have a legal right to be and you are attacked, you don’t have to turn and try to run away. Instead, you can meet force with force, but you still have no legal right to pursue someone who is no longer posing an immediate threat of death or great bodily harm.

This is a good bill, and it’s going to be a good law. Congratulations to the Second Amendment activists in Ohio who worked hard to ensure the bill’s passage, and I hope this is a sign that we can expect even more successes in 2021.