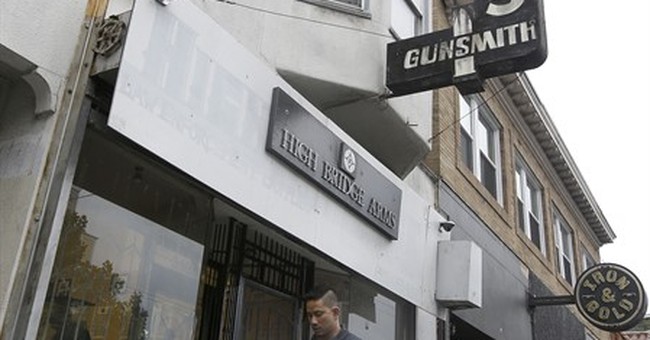 The 2019 Christmas shopping season started off with a boom for firearm retailers, with the FBI announcing on Sunday that the number of background checks performed came close to breaking the single day record set in 2017. From USA Today:

While background checks, required for purchases at federally licensed firearm dealers, are not a measure of actual gun sales, the National Instant Criminal Background Check System is a way to gauge market demand. The number of firearms sold Friday is likely higher because multiple firearms can be included in one transaction by a single buyer.

Black Friday traditionally has been one of the busiest for FBI analysts, but this year’s one-day number comes amid rising monthly volumes that are approaching the one-year record of 27.5 million in 2016.

With a difference of less than 1,000 background checks, I think we can safely say that interest in gun purchases is just as high as it was in 2017. In fact, as USA Today notes, we’re getting close to a record number of NICS checked performed, and if sales remain strong for the remainder of the year, I think it we’ll get there.

We can thank gun control advocates for spurring on the sales, as demands by Robert Francis “Beto” O’Rourke and other failed candidates to ban and confiscate firearms have reminded many Americans of exactly what is at stake in the 2020 election. We don’t know how many of these NICS checks were done on purchases of semi-automatic rifles, but in talking to my friends in the firearms business in Virginia, the items that are selling like hotcakes are the very items anti-gun legislators are likely to ban in the next few months; semi-automatic rifles, 20 and 30 rounds magazines, and suppressors.

I suspect sales will remain strong throughout the rest of this year and right up through Election Day. If in fact concern over more gun control laws is what’s driving the increase in sales, do you see anything that could happen between now and next November that would alleviate the concerns of gun owners? Even a favorable decision by the Supreme Court in the New York City gun case could be undone if an anti-gun president wins the White House and decides to pack the Supreme Court with justices intent on overturning the Heller decision.

Gun owners know what’s at stake, which is why I think we’ll see these robust sales continue. I just hope that those of us contributing to the record number of gun sales are engaged as activists as well as consumers. With the fight headed our way, we need to use more than NICS check numbers to send a message to anti-gun lawmakers. We need to use our voices and our votes as well.