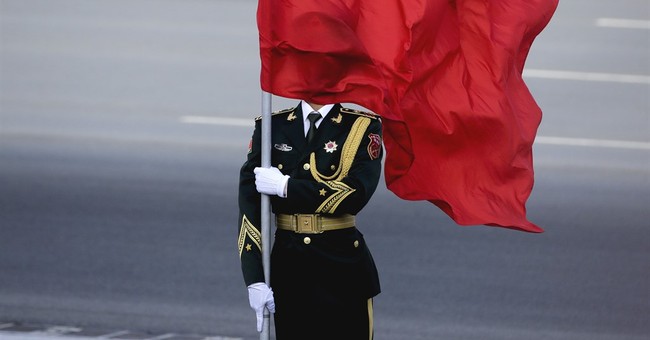 New Jersey’s new “red flag” law allowing family members or law enforcement to request a hearing to remove a legal gun owner’s firearms from their possession is being used on a daily basis, according to a new report by WHYY. From September 1st, when the law took effect, to September 12th, judges approved 14 requests for Extreme Risk Protective Orders which allow for firearms to be seized from legal gun owners.

“That is an extremely high number,” said Alexander Roubian, president of the New Jersey Second Amendment Society, who opposes the law.

Critics like Roubian have argued that it violates the rights of gun owners by forcing them to relinquish their weapons before they have had a chance to be heard by a judge.

“It’s literally modern-day witch hunt, where you can rat out on your neighbor and their property will be taken away,” he added.

The law allows family members or police to make a request to a court that a person’s guns and ammunition be removed because they pose a threat to themselves or public safety.

One thing we don’t know is how many applications there’ve been. Judges have signed off on 14 orders, but are there any that they’ve rejected? If these judges are approving 100% of the cases brought to them, or close to it, is that a sign that only those that are presenting a clear danger to themselves or others are the subject of these petitions, or could it mean that the judges are simply rubber-stamping any petition they hear?

“We are not violating Second Amendment rights,” said New Jersey Attorney General Gurbir Grewal at a public training on the new law Thursday. “We are just enabling reasonable measures to promote public safety and to make sure we are keeping firearms out of the hands of individuals who shouldn’t have them.”

I think General Grewal and I have very different definitions of “reasonable”. In fact, the state’s red flag law says a judge can grant an ERPO in an emergency hearing if  there is “reasonable, probable or good cause” evidence that the subject of the petition is a danger to themselves or others. Legally speaking, that’s a pretty low bar. Ten days later, when the subject of the red flag law goes before the judge for the first time to try and get the order lifted, the deck is stacked against them. Those seeking the order only have to show a “preponderance of the evidence” before the judge will make the order permanent, which basically means the judge just has to think it’s more likely than not that a person is a danger to themselves or others. And in New Jersey, the red flag law is open-ended. It remains in effect until the subject of the order can show by a preponderance of the evidence that they’re not a danger to themselves or others.

I don’t find any of that reasonable, particularly when there is absolutely no concern shown whatsoever for the individual who’s been deemed a threat to themselves or others. The New Jersey law offers no mental health services to the dangerous person, nor does it involve any additional monitoring or intervention from law enforcement. Someone’s deemed to be a dangerous person, the State takes their guns, and then leaves them to their own devices. This is a gun control law masquerading as a mental health proposal.

I spoke with Scott Bach, Executive Director of the Association of New Jersey Rifle & Pistol Clubs, who told me that he seems the law as ripe for abuse, with few due process protections and no penalties for fabricating allegations. Bach also told me a legal challenge is in the works:

“I think the chances are 100 percent that we’re going to litigate. The law is plainly unconstitutional in several ways. It’s just a matter of making sure the timing is right. Sometimes you have to wait for the right person for the claim to succeed, but we intend to bring it. We intend to bring the law down.”