The Washington Examiner‘s Brad Polumbo is out with a piece slamming the growing number of communities in Virginia and across the national declaring themselves to be Second Amendment Sanctuaries, but his argument isn’t the typical one we’ve seen from gun control advocates. In fact, Polumbo describes himself as a supporter of the right to keep and bear arms and an opponent of Ralph Northam’s gun control agenda. He just thinks Second Amendment Sanctuaries are bad ideas.

As reported by the Washington Examiner, more than 80 Virginia counties, an overwhelming majority of the localities in the state, have declared themselves Second Amendment sanctuaries. The resolutions passed by local governments in some cases simply (and rightfully) condemn the gun control proposals coming out of the Statehouse. But in other instances, the counties threaten to resist enforcement and openly flout state law.

For instance, after his county declared itself a sanctuary, Culpeper County Sheriff Scott Jenkins said that if necessary, he plans to “properly screen and deputize thousands of our law-abiding citizens to protect their constitutional right to own firearms.” Essentially, some of these localities are openly saying they’ll take arms against the state government before allowing laws they disagree with to take effect.

Seriously? This is madness.

No, that’s not what Jenkins is saying, and it’s irresponsible for Polumbo to assert such a thing without talking to the sheriff himself. What Sheriff Jenkins is saying when he talks about deputizing thousands of law abiding citizens is allowing existing Virginia gun owners to maintain possession of any firearm banned by Governor Northam.

Remember that under SB 16, which was the original gun ban bill offered up by Virginia Democrats after winning election in November, all residents who lawfully possessed guns that were classified as “assault firearms” had to get rid of them or else become a felon. However, there was an exemption for law enforcement, and Sheriff Jenkins was talking about using that exemption to basically make every resident of Culpeper County exempt from the new gun law. Polumbo is simply way off base by claiming this was some sort of threat of a civil war by the sheriff.

The right way to fight anti-gun laws is in the courts. If they really do violate the Second Amendment — and I sure think they do — then the courts will eventually rule as much, even if the issue must go all the way to the conservative-majority Supreme Court. I sincerely doubt most of this anti-gun agenda would survive legal scrutiny if properly challenged by Second Amendment supporters in the judicial system.

I agree that fighting any new gun laws in court will be an important step, and the vast majority of Second Amendment Sanctuary resolutions also mention using the courts to challenge any unconstitutional laws. Far from ignoring the judicial system, these Second Amendment Sanctuary communities are explicitly saying they’ll use it. Here’s the resolution from Carroll County, Virginia, for example.

I don’t know about you, but when the resolutions are specifically talking about using “legal means” including “legal actions” to oppose unconstitutional gun control measures, it doesn’t sound very lawless to me. What about if any of these laws are upheld in court, however?

If, however, these laws somehow are upheld by judges even after appeal, then local government officials have no right to defy them. Refusal to abide by laws properly passed through our electoral system and then upheld by the judiciary … well, that’s just anarchy. It’s an affront to the rule of law and would turn our system upside down.

No, it’s really not an affront to the rule of law, nor would it turn our system upside down. In fact, it wouldn’t be any different than the status quo that exists in the state of Virginia today, where prosecutors are publicly stating they won’t enforce some of the state’s drug laws. Virginia sheriffs and prosecutors have the discretion to enforce the laws and pursue justice as they see fit. If a county sheriff doesn’t think it makes any sense to arrest anyone for simply possessing a 20-round magazine if that becomes illegal under Virginia law, he’s well within his authority to do so.

Polumbo says Second Amendment Sanctuaries concern him because he doesn’t want to see a descent into lawlessness. He won’t, though he might see a large amount of civil disobedience if Ralph Northam’s gun control bills become gun control laws. A principled and peaceful stand in defense of constitutional rights isn’t anarchy. In fact, it’s woven into the fabric of our American history, from the earliest days of our republic through the Second Amendment Sanctuary counties that are growing by the day in 2020. Rather than fear the movement, Polumbo should embrace it for what it is; a grassroots wave of civic engagement that uses the First Amendment to protect the Second. 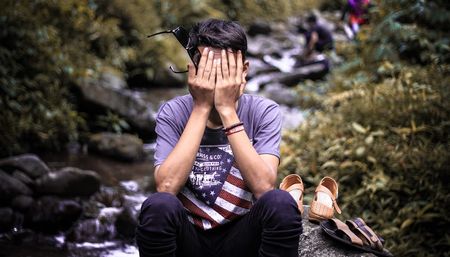 GOP Rep. Makes a Prediction About Biden's Presidency
Townhall
ACLU takes aim at the Bill of Rights by tapping 'experts' to explain how 'racism is foundational to the Second Amendment'
Twitchy
2020 Election: Another Look at Arizona Election Numbers
Redstate
The Morning Briefing: Let's Cheer the Olympians Who Aren't Pathetic, Woke Morons
PJ Media