California’s required background checks on all ammunition purchases is once again being enforced after a brief pause thanks to a federal judge, but as it turns out, violating that law and many other gun control laws on the books during the coronavirus state of emergency may come with little or no penalty whatsoever.

A Modesto man was named Jamaal Prince was arrested on Friday as part of an investigation into a shooting. Authorities took the 21-year old into custody and charged him with possession of a loaded firearm without a serial number as well as resisting arrest. I don’t know why Prince bothered to resist his arrest, given the fact that he was allowed to walk out of jail a short time later without having to post any bond whatsoever.

Despite using his get-out-of-jail-free card, less than 24 hours later police were once again putting the cuffs on Prince.

On Saturday, officers arrested Prince again, along with his 33-year-old brother Aaren Prince. They were found with different types of ammunition in their vehicle, police said. Officers spotted the suspects in a vehicle with fake plates near Paradise Road and Sutter Avenue pulled them over.

Jamaal Prince received a bail enhancement of $100,000 because of his prior offenses, and a parole hold was issued for Aaeren Prince, the police department said. Both were booked into jail.

Jamaal Prince was allowed to walk out jail after his first arrest because the Judicial Council of California has issued an order requiring $0 bail for all misdemeanor and some felony arrests during the state’s declared emergency in order to prevent overcrowding in jails and mitigate the spread of the coronavirus. The order may be effective in reducing the spread of the disease behind bars, but it’s not doing anything for public safety on the streets when career criminals like Prince get a pass for illegally possessing a firearm.

The San Francisco Chronicle recently reported that the Judicial Council’s order is expected to remain in effect for three months after Gov. Gavin Newsom declares an end to the state of emergency, and law enforcement officials are beginning to speak out against the threat posed by criminals who are quickly let loose after being taken into custody.

“Our office opposes the zero bail, and these massive releases of criminals throughout the state will have repercussions for our communities yet to be realized,” said Sgt. Ray Kelly, of the Alameda County Sheriff’s Office. “We can’t forget that behind each case is a crime victim.”

Among the 27 inmates who have already been rearrested in Alameda County is Rocky Music, who is accused of carjacking a person during his walk Sunday from the Santa Rita Jail to the Dublin BART Station. Oakland police had arrested him about 12 hours earlier in a stolen car. Prosecutors filed charges Wednesday against Music, including carjacking.

In Contra Costa County, a man who led San Ramon police on a car chase was detained but not booked. Brentwood police arrested a man carrying a machete, booked him into county jail and released him under the new order, said Jimmy Lee, a spokesman for the county Sheriff’s Office.

While law enforcement may be raising questions about the no-bail order, California lawmakers seem much more concerned about law-abiding residents exercising their Second Amendment rights than they are about career criminals getting away with their crimes. Attorney General Xavier Becerra has gone to court to ensure that Californians can’t order ammunition online or drive across the border into Arizona to legally purchase ammunition, but hasn’t raised a single objection about the massive release of suspects, even if they’re charged with illegally possessing guns or ammo. That’s not only a recipe for abusing the constitutional rights of Californians, it’s likely to lead to an increase in violent crime in many jurisdictions as well.

Is There A New Split Emerging At SCOTUS? 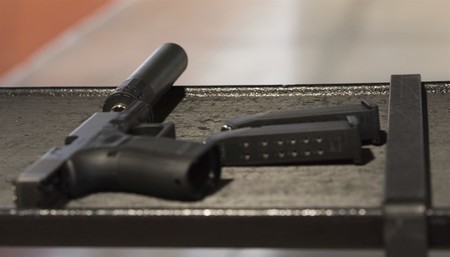 A Group Of Parents Sent Their Kids' Face Masks to A Lab for Analysis. Here's What They Found
Townhall
Palestinian activists in NYC: 'We don't want two states. We want ALL of it'
Twitchy
BREAKING: Chinese Defector's Identity Confirmed, Was Top Counterintelligence Official
Redstate
The Great Reset Comes for the Suburbs
PJ Media