A new bill filed in the New York state legislature wouldn’t defund police, but it would disarm peace officers in the state, and that has at least one sheriff warning that the measure would put the lives of those officers, including corrections officials, at risk.

Manhattan Democrat Linda Rosenthal is the lawmaker behind the bill, which she says would enhance public safety because of the “abbreviated” training that peace officers receive compared to police officers. Police in New York undergo a minimum of 900 hours of training, as opposed to a minimum of 180 hours for peace officers, but contrary to what Rosenthal apparently believes, not all of the training is firearms-related. It’s not like cops have 780 more hours at the range than peace officers do.

Suffolk County Sheriff Errol Toulon, Jr. believes the bill poses an “intrinsic risk” to corrections officers in his county, who are peace officers and not police officers, and argues that while the bill references the minimum training standards for peace officers, many jurisdictions go far beyond what the law requires.

Toulon noted that the Criminal Procedure Law requires any peace officer authorized by their employer to carry a firearm to annually complete a course of training in the justification of the use of force/deadly physical force and in the use of firearms and/or other weapons. Suffolk County correction officers receive this continuous training every year, Toulon said.

These are all good points that I suspect will be utterly ignored by Assemblywoman Rosenthal. Facts are secondary to feelings here, and what better way to show support for the anti-policing movement than by disarming some law enforcement officials. Even for a Manhattan Democrat, a bill that would outright disarm all cops might be a bridge too far (for the moment, anyway), but by only targeting a certain section of law enforcement, Rosenthal is hoping she can convince some of her more moderate colleagues that disarming peace officers puts them on the right side of history, if not law and order.

So far, Sheriff Toulon is the only law enforcement officer that I’ve seen who’s spoken out against the bill, but he won’t be the last. If the bill were to pass and be signed into law by Gov. Andrew Cuomo, many corrections officers at both the local level and in the state Department of Corrections and Community Supervision would be disarmed on the job. Additionally, peace officers with agencies like the MTA Bridges and Tunnels, state court officers, and others charged with keeping the peace would have to do so while unarmed.

It’s an absurd idea, but it’s right in line with the Defund Police movement. As Moms Demand Action founder Shannon Watts says, “police violence is gun violence,” and it’s far easier for the state to disarm its own agents than it is for them to disarm violent criminals (or law-abiding gun owners, for that matter). Even with her current focus on peace officers, however, anti-gun politicians like Rosenthal aren’t going to quit coming after regular New Yorkers for exercising their Second Amendment rights as well.

Rosenthal was actually one of the authors of a measure in New York that bans so-called ghost guns and unfinished receivers from being purchased and possessed by New Yorkers. When she introduced the bill earlier this year, she actually claimed that the measure would prevent violent crime.

“Technology has improved, and it’s easier than ever to produce a virtually undetectable weapon capable of mass destruction with little effort or expertise in the comfort of your own home,” Rosenthal said.

It’s absolutely easier than ever to produce a firearm from an unfinished receiver (or even a 3D printer) from the comfort of your own home, but Rosenthal’s bill (now law) doesn’t actually do anything to prevent that from happening. It just makes it illegal to do so, regardless of intent. If someone is intent on committing an act of “mass destruction,” are they really going to be stopped because it’s against the law for them to build their own gun? At best, it’s a charge that could be brought against someone after they were arrested, but in that case, chances are they’ll be looking at far more serious charges as well.

Rosenthal’s shown quite explicitly that her agenda has nothing to do with common sense and everything to do with trying to ban her way to safety; banning the guns themselves, banning certain classes of New Yorkers from carrying them, and eventually banning as many people as possible from owning them at all. 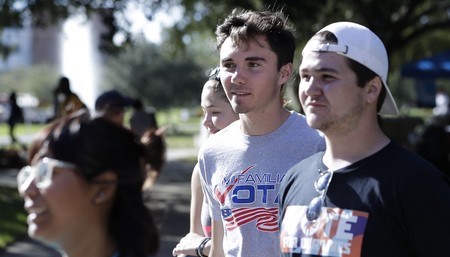