Martin Montavious Jones was a Dean’s List student at Kennesaw State University when he was arrested for criminal property damage back in the spring of 2019. The only problem? Jones was innocent.

As it turns out a warrant was issued for his arrest because his name, like all other concealed carry applicants, had been placed on a countywide database of names used by law enforcement to track criminal suspects. When a “Martin Jones” was named by woman in Albany, Georgia as the man who vandalized her car and home in a domestic incident, detectives with the Albany police department ended up issuing warrants for the college student instead of the actual suspect.

As the Atlanta Journal-Constitution details in a new report, about three months after the warrants were issued, Jones was pulled over by Kennesaw State campus police for not having his headlights on. Jones was let off with a warning, but a few hours later he got a call from the officers asking him to stop by the police department. When he did, he was placed under arrest and held in custody for 33 hours while his family worked to free him by contacting both the Albany police and the Dougherty County sheriff’s office.

None of it made sense, his mother told the officer. Her son didn’t know the woman who filed the police complaint. She logged into her son’s employee portal for his part-time job with a heating and air company and showed the officer time sheets placing him in Atlanta at the time of the domestic dispute.

By early Monday afternoon, a Dougherty County magistrate judge had dismissed the charges.

“What if he didn’t have a parent, or someone who cares or could assist him?” LaTasha Jones said. “If nobody were there, he’d just be a product of the system, by mistaken identity, for so many years, or so many months. And then they’ll say, ‘Oh, you’re not the right person.’”

Jones is now suing the sheriff and the Albany police for his arrest, which will show up on a criminal background check despite the fact that Jones should never have been considered a suspect in the first place. Why on earth are concealed carry applicants being put on some sort of secret list in Dougherty County? As it turns out, almost anyone who comes in contact with law enforcement may end up on that list, and these lists aren’t isolated to one county in southwestern Georgia.

John Monroe, a gun rights attorney and vice president of GeorgiaCarry.org, said the Dougherty County Sheriff’s Office may have violated a 2014 state law that forbids maintaining a multijurisdictional database of people issued weapons licenses. He said he suspects other police agencies around the state are doing the same.

While police were told back in 2014 not to maintain lists like this, officials in Dougherty County say their database is fine because it isn’t “multijurisdictional” in nature.

An official with the Dougherty County Sheriff’s Office confirmed that Jones wound up in the county’s “master name record” database because of the gun permit application. Anyone who has contact with police can be entered, including people who visit jail inmates, Chief Jailer John Ostrander said.

Maintaining records of gun permit applicants doesn’t violate state law, Ostrander said, because they don’t reflect whether the permit was granted or denied, and the information is only shared between law enforcement and emergency agencies within Dougherty County. So it’s not “multijurisdictional,” he said.

GeorgiaCarry.org’s vice president disagrees. Monroe told the paper that if the list is shared with multiple agencies, even within the same county, that amounts to a multijurisdictional database.

As I said on today’s Bearing Arms’ Cam & Co., I’m generally a pretty even-keeled guy, but this case has me furious. What happened to Martin Jones is an outrage. The only good that came of it, in my opinion, was the revelation that law enforcement agencies appear to be skirting the law with their databases, and it’s clear that legislators need to revisit this issue when they return to the state capitol in January.

The first time around, lawmakers forbade agencies from establishing multijurisdictional databases of concealed carry holders. It’s time to revise that statute and prohibit law enforcement agencies from using concealed carry applications or approvals as the basis for placing folks on a “master name record” or any other database. In addition, lawmakers should re-introduce permitless carry legislation, which would greatly reduce the opportunity for local law enforcement to establish databases of gun owners, even if they wanted to violate the law.

There’s simply no reason for including legal gun owners applying for a carry license in these types of databases, and as Martin Jones has sadly shown us, these secret lists have far more potential to enable injustices than solve crimes. If pro-2A lawmakers in the state are looking for ways to advance the cause, they should start by ensuring that what happened to Martin Jones can’t happen to any other legal gun owner in the future. 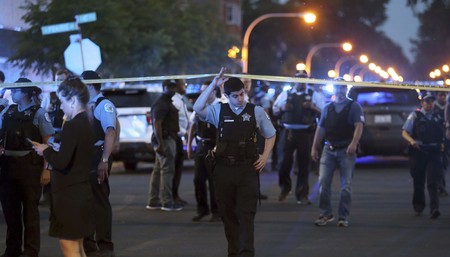 Hollywood Hypocrites (And Not About The Masks)
Townhall
'Missing White Girl Syndrome': Joy Reid accidentally calls out MSNBC for its Gabby Petito coverage
Twitchy
Confirmed: Yes, Man Arrested at J6 Rally Was a Fed, Now We Know for Whom He Works
Redstate
The Laughable Excuse for Why Biden's Activities Will Be Limited at the UN General Assembly
PJ Media