It Shouldn't Take A Lawsuit To Exercise A Constitutional Right

And yet all too often that’s exactly what it takes. Consider the city of Bridgeport, Connecticut, which was recently sued by the Connecticut Citizens Defense League over ungodly delays in accepting gun permit applications. Not processing them, mind you. Accepting them. Applicants have been waiting for months just to submit their paperwork, and in the meantime, it’s a crime for them to possess a gun in their home, much less carry one on the street.

Well, guess what happened after the CCDL filed suit? Suddenly Bridgeport’s police department figured out a way for residents to submit their applications in a matter of days and not months.

Last week, the Bridgeport Police Department contacted Bridgeport residents to whom it previously gave lengthy wait times, and offered them faster dates to submit applications, including later this month.

“Bridgeport’s about-face is clearly the result of CCDL’s lawsuit, and another victory for law abiding citizens across Connecticut,” said Holly Sullivan, CCDL president. “Bridgeport residents have been suffering inordinately long wait times just to apply for a permit. Months ago, we reached out to the city and asked it to bring its permitting system in line with the law, warning that if it did not, CCDL would be forced to take legal action. It is unfortunate that Bridgeport’s continued violations of state law and its residents’ constitutional rights, forced CCDL to file suit. Hopefully, this is a sign that the Bridgeport Police Department will follow the law going forward. However, while it appears lawful Bridgeport residents can now apply for firearms permits in a timely manner, we will be watching how long it takes the city to process those applications, which has also been an ongoing problem there.”

Yeah, that’s another issue entirely. And it’s important to note that while Bridgeport has reversed course, so far there’s been no word from officials in Hartford, New Have, or Waterbury; three other cities sued by CCDL at the same time the case was brought against Bridgeport.

This is not an isolated incident. Across the country would-be gun owners in states and localities with gun permitting and licensing laws in place are going through the same infringement of their civil rights when the authorities responsible for issuing the licenses and permits fail to do so in the time allotted to them by law. These laws are utterly toothless, however, because there are no consequences when the state or its political subdivisions fail to abide by them. If you keep a gun in your home in Chicago without a FOID card, you could be looking at prison time. If you work for the Illinois State Police, on the other hand, you can take 12 months to process a FOID card application even though you’re supposed to do so within 30 days, and you won’t even get a “less than satisfactory” score on your next employee evaluation. 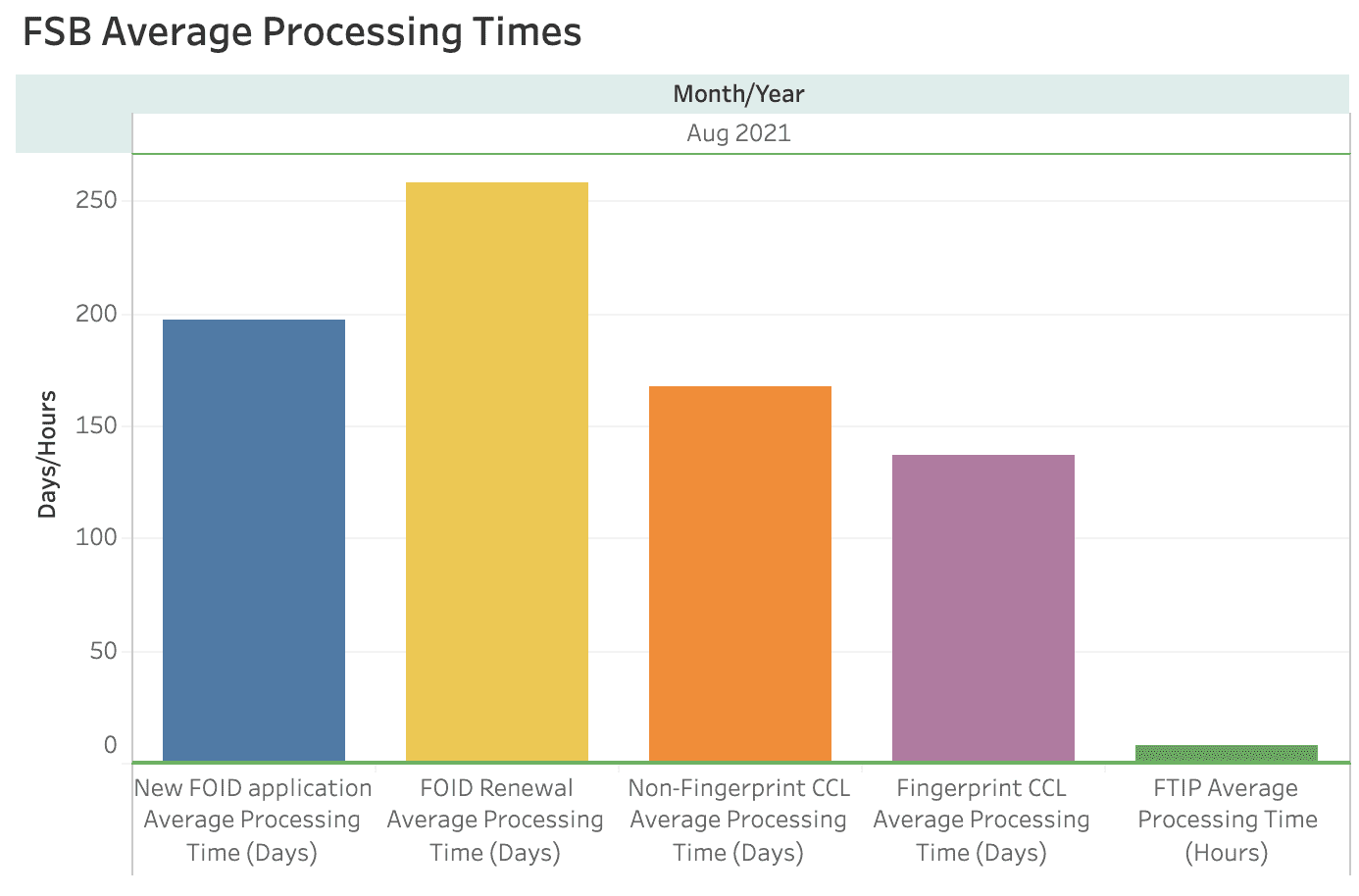 Just as in Connecticut, there are multiple lawsuits underway challenging Illinois’ FOID card delays, along with litigation in North Carolina, Philadelphia, and several other jurisdictions. Some of these cases may be mooted by the time they reach the Supreme Court, but I hope that justices can find a way to address these abuses. Not only does the slow-walking of permit and license applications infringe on individuals’ right to keep and bear arms, it invariably will lead to an increase in illegal carrying by folks who have no desire to commit a violent crime, but want to protect themselves and would rather be judged by twelve than carried by six. When the issuing authorities can’t or won’t fulfill their own legal obligations, the only people who suffer are the hundreds of thousands of Americans who are trying to lawfully exercise a right, not the bureaucrats or officials responsible for keeping those rights at arms length.

It shouldn’t take a lawsuit to exercise a constitutional right, but as turns out, it takes a lot of them. I’m glad to see so many of these abuses being challenged in court, and I’m keeping my fingers crossed that at least five justices will take an interest once these cases eventually find their way to their way to SCOTUS’s doorstep.