When I first ran across this study from Penn State researchers Paddy Ssentongo and Jennifer McCall-Hosenfeld, I thought it would make pretty good fodder for a Bearing Arms’ Cam & Co. After all, these folks spent months of time, energy, and money to only to determine that yes, violent crime went up last year, but they have no clue why that’s the case. Or at least that’s what they claim.

We used a publicly available database of gun violence events and divided those events by the number of people living in each state. We also added other factors such as age, race and ethnicity, and we recorded the status of each state’s stay-at-home orders and the number of COVID-19 cases. We found that gun violence rates increased substantially in 28 states, or 56% of all states, scattered throughout the U.S., without any clear pattern. The increase in gun violence was highest in Minnesota, with a 120% increase.

But as I delved deeper into the research, I realized that it isn’t that these academics can’t figure out why some parts of the country experienced higher rates of gun violence last year. It’s that they chose to ignore one of the biggest contributing factors.

Note the last line in the paragraph quoted above. The highest increase in “gun violence” that they recorded was in Minnesota; a spike that clearly happened after the riots sparked by George Floyd’s death at the hands of police last May. And in fact, in the full study, the researchers even provide a handy map of the United State showing where the risk of “gun violence” increased or decreased last year. 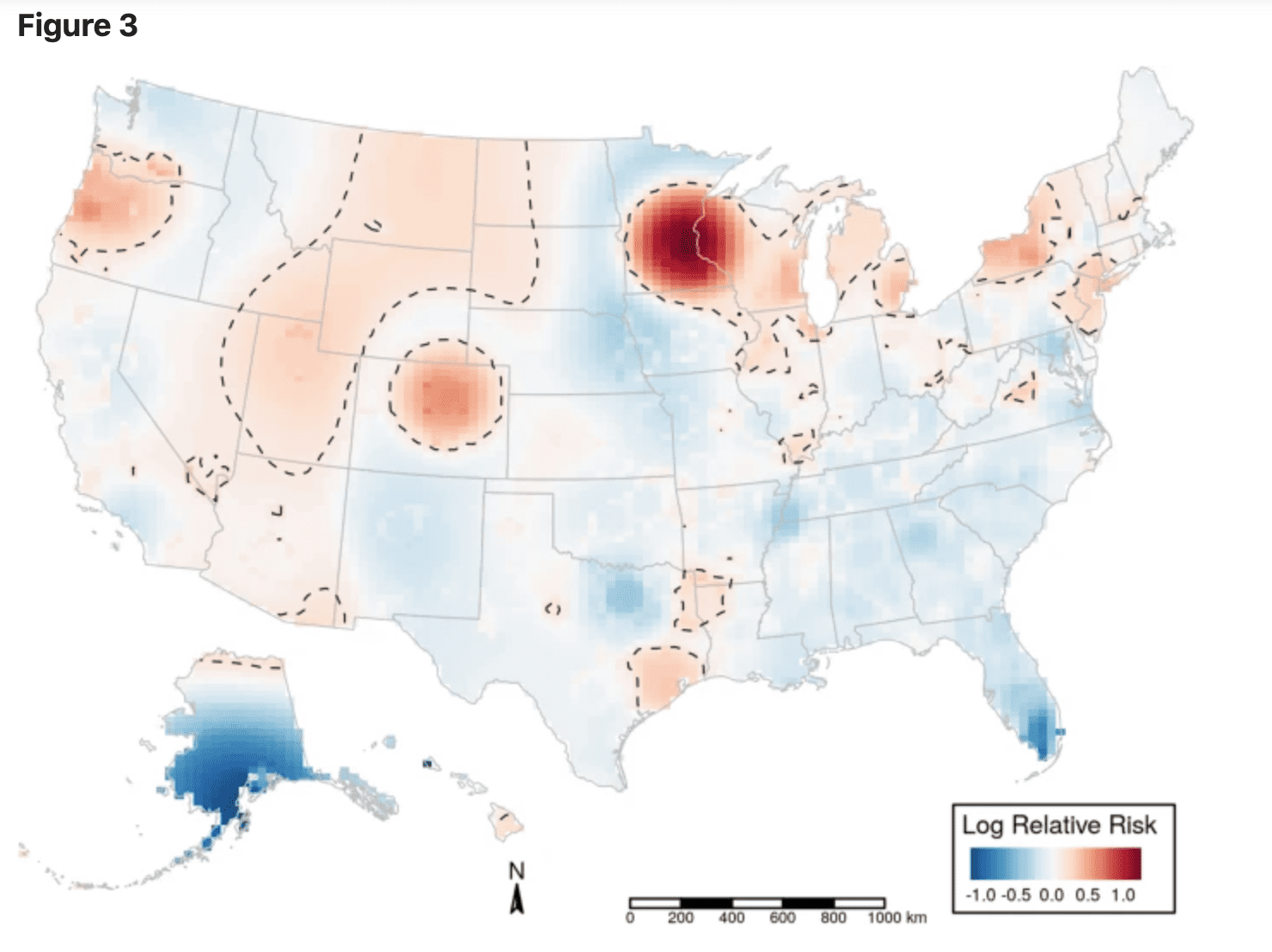 As you can see, Minneapolis was by far the city that saw the biggest increase in “gun violence,” but there are also corresponding hot spots in places like Denver, Portland, Houston, Austin, Philadelphia, Newark, New York City, Rochester, and Detroit. Not all of those cities experienced big riots during the summer of 2020, but most of them experienced unrest to one degree or another.

Meanwhile, states with some of the highest populations of gun owners like Alabama, Mississippi, Florida (home to more than 2-million concealed carry licensees), Oklahoma, and Alaska saw little change in the risk of “gun violence” or saw the risk actually decrease.

In their conclusions, however, the Penn State researchers specifically exclude riots and their aftermath as a potential driver of “gun violence”.

The current increase in GV seen across the U.S. may be attributed to (1) increased psychological stress resulting from COVID-19 or (2) the increase in firearm sales. Recent reports suggest a substantial increase in the burden of depressive symptoms in the U.S. associated with the COVID-1914,15. This could potentially lead to an increase in fire-arm-related suicides. It is hypothesized that psychological stress and depressive symptoms may be due to the heightened need to maintain physical distancing from family and friends, thereby limiting social interactions. Our data did not directly address this, but there were also protests against racial injustice during this same period. Although the protests were largely peaceful, there were reports in the media about gun incidents among protestors and counter protestors.

This is absolutely ridiculous. The riots themselves were rather short term events in most cities (Portland being a notable exception), but they led to major shifts in attitudes towards policing in places like Seattle, Minneapolis, New York, and Portland. Gun crime investigation units were shut down, hundreds of officers retired or found jobs in more policing-friendly locales, and clearance rates for homicides and non-fatal shootings plunged.

Yet the researchers ignore all that in favor of a hypothesis that increased stress and more guns are to blame for the surge in violence; a claim, by the way, that has already been debunked by other studies (not to mention the Penn State researchers own data).

These academics can’t correctly diagnose the problem if they’re unwilling to examine all of the evidence. Instead, it’s garbage in, garbage out; another “study” that turns out to be more junk than genuine research.

Why Warnock’s win is bad news for the Second Amendment
Dec 07, 2022

Just How Stupid Are Sen. Thom Tillis and the Rest of the Republican Establishment?
Townhall
Radio host explains why it's OK to go after Sen. Ted Cruz and his teen daughter after she was rushed to hospital
Twitchy
We Found the Real Dog-Faced Pony Soldier (and I Wish We Hadn't)
Redstate
Janitors’ Union Went on Strike Outside Twitter, So Musk Gave Them the Reagan Treatment
PJ Media