The 151st Annual Meetings of the National Rifle Association wrapped up on Sunday afternoon, and while we won’t get official attendance figures until Monday’s board meeting at the earliest, it’s fair to say that no attendance records will be set this year. Traffic at the convention steadily picked up throughout the weekend, however, and the final day of the NRA’s convention was fairly typical compared to previous years.

The number of protesters outside the NRA convention, on the other hand, peaked on Friday afternoon as anti-gun advocates took advantage of the media’s coverage of appearances by politicians like Donald Trump and Ted Cruz. At least a thousand protesters turned up in Discovery Park across the street from the George R. Brown Convention Center on Friday, but Saturday’s protests featured a little more than a hundred or so gun control advocates, and Sunday’s protest was downright anemic, with only a handful of protesters on hand to demonstrate against the organization and to demand new restrictions on the right to keep and bear arms. 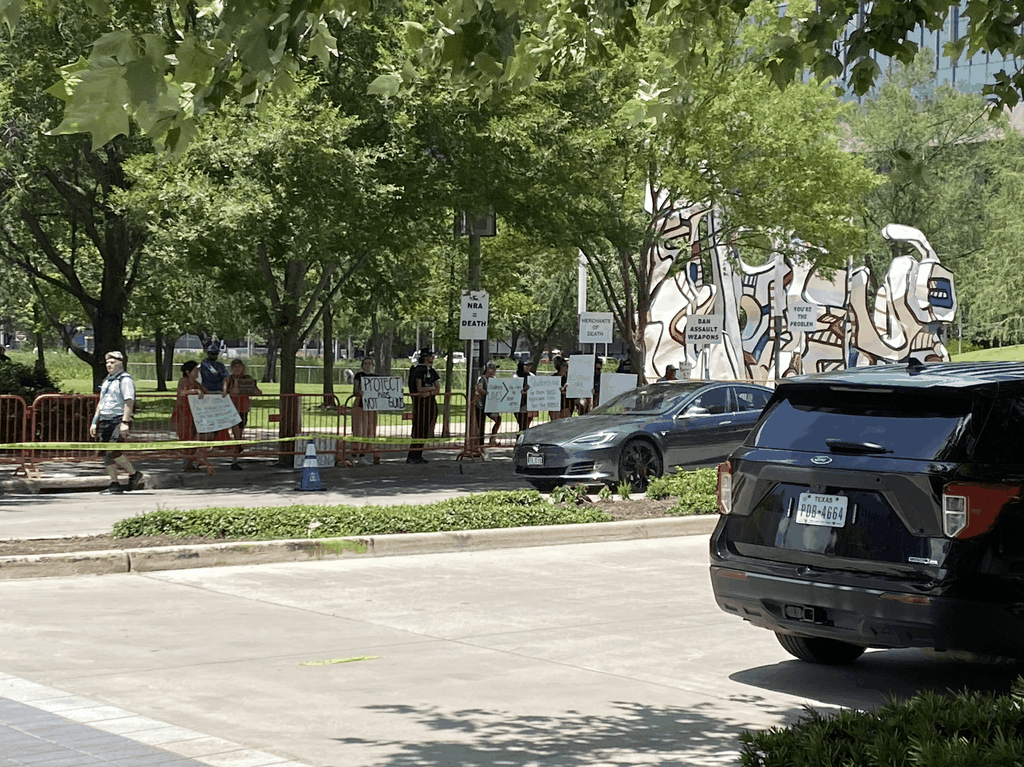 I didn’t do an official headcount, but during the few minutes I spent outside the convention center on Sunday afternoon, it looked like there were fewer than two dozen protesters on hand, and the chants and shouting directed at NRA members on Friday and Saturday were nowhere to be heard on the convention’s final day. 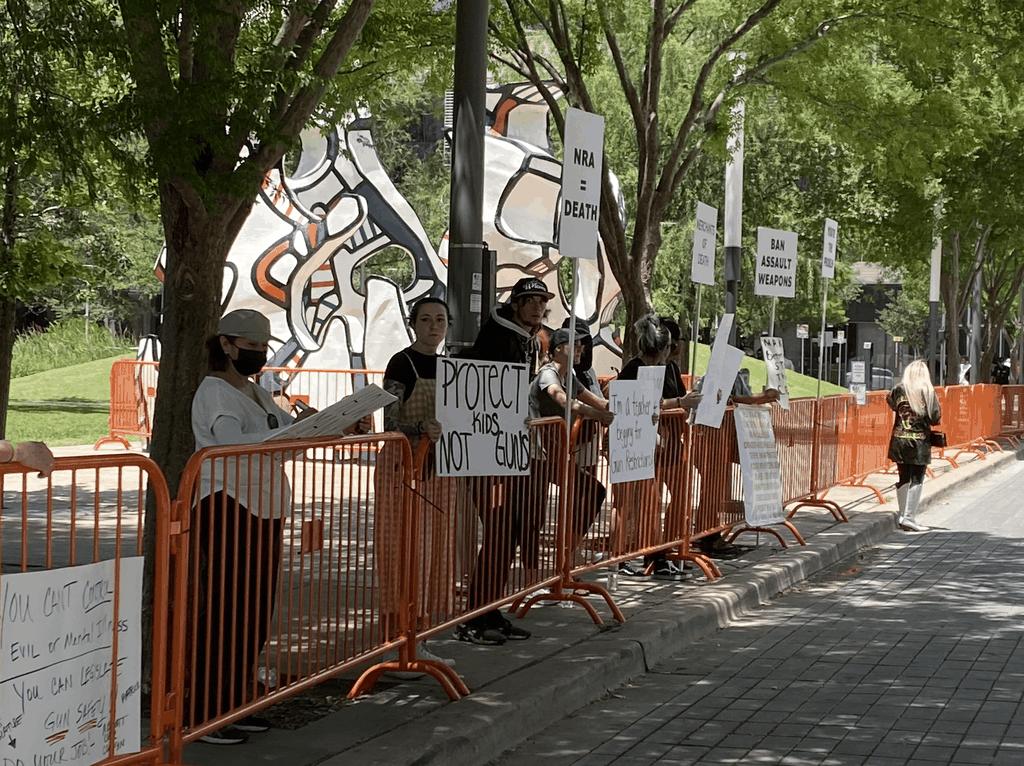 The final day of the NRA Annual Meetings may have been the closest to “normal” that we saw all weekend, but the gun control debate is expected to heat up in earnest this week. The Senate will be in recess all week long, but discussions and negotiations between a group of Republican and Democratic lawmakers is expected to continue, with a focus on expanding background check requirements to include private, person-to-person sales at gun shows and originating online.

We’ll also likely see a flurry of legislative activity at the state level this coming week, and not only in blue states like California and New York. Democrats in Texas are calling for a special session on gun control legislation, and while Gov. Greg Abbott spoke out against the need for any new laws in his pre-taped address to NRA members on Friday, he hasn’t ruled out the idea.

As a growing number of Texas lawmakers call for a special legislative session to address gun violence after the Uvalde school shooting, Gov. Greg Abbott said Friday that “all options are on the table.”

Since Tuesday’s massacre left 21 dead, Democrats have been urging Abbott to call legislators back to Austin and pass new laws that would prevent, or at least mitigate, future school shootings. And on Friday, some Republicans — who hold the majority in both chambers of the Texas Legislature — joined their pleas.

“If this isn’t the catalyst for the Legislature to do something, I don’t think anything will happen,” said state Rep. Lyle Larson, a San Antonio Republican who is not seeking re-election. “Every day that passes, it will be like Santa Fe and El Paso — there will be less energy in trying to fix this, and we’ll start going back, complacency will set in and we won’t meaningfully address this.”

Meaningful is in the eye of the beholder when it comes to new gun control legislation. The New York SAFE Act, for instance, was imposed after the Sandy Hook shootings in Newtown, Connecticut in 2013, and was supposed to prevent active shooter incidents like the one in Buffalo, but Cuomo now says those laws didn’t work, and that even more restrictions are necessary. The SAFE Act was far more intrusive than what’s being bandied about on Capitol Hill at the moment (including a ban on magazines that could hold more than 7-rounds of ammunition, and an “assault weapons” ban and registration scheme), but even those laws weren’t “meaningful” enough to stop a determined killer from targeting innocent human lives.

With the NRA leadership now headed back to the group’s headquarters in Fairfax, Virginia, we’ll soon see how much sway the organization has on Capitol Hill these days. There’s no doubt that the NRA is in a weaker position financially than it was just a couple of years ago, but the real test of the group’s current power will be seen in the coming days, as the group tries to influence the direction of the gun control debate in the Senate. The protests outside of the convention may have dwindled substantially over the course of the weekend, but the calls to “do something” on Capitol Hill are still growing, and Democrat Chris Murphy says the current talks with several of his Republican counterparts are “more significant” than they’ve been in years.