Some people just don’t know when to stop.

…it was only a matter of time.

The gun control goons, incensed after UWW acknowledged Otero County United Way’s gun raffle was operating within the  organization’s bylaws, their licensing agreement as well as New Mexico state laws, are continuing to lash out like a toddler who doesn’t get their way. In the interview, Miranda, who is a representative of the United Way in Santa Fe, made some pretty inflammatory accusations.

“These weapons (including assault rifles and sniper rifles) have no business being on our streets, they’re war tools designed to kill as many people as possible,” Viscoli told the radio host. “Unfortunately, the raffle was reversed so United Way is now sanctioning the raffle and in addition to this, we found out yesterday, that United Way actually okayed 10 other firearms raffles throughout the country and we feel this goes directly against their licensing agreement, bylaws, and their mission statements.”

After host Josh Scheer pushes the gun show loophole lie and Plame has a little giggle about having to move to New Mexico due to her “political scandal”, Sheer questions the women on the history of the issue.

“They (UWW) sent a cease and desist, and they talked about United Way’s mission and this goes against the trademark,” Sheer clarifies, “but now this organization took it down from their website and then kinda thumbed their nose at it and then the piece I read in the Huffington Post you guys talked about the national organization kind of telling you to keep quiet, not to go to the press. So talk about the cease and desist.”

Viscoli never corrects Sheer, and instead claims a woman from the United Way Worldwide assured her, “I promise you the raffle will not happen” but that “we really couldn’t go to the press anymore”. After UWW lifted the suspension imposed through the cease and desist, Viscoli said she “immediately went to the press because they renigged on their promise. Then they asked us again to please stop going to the press and obviously, we’re not going to play that game.”

That’s when Plame ramped up the attack, questioning what made CEO Brian Gallagher reverse his decision. “I want to know what sort of pressure corporate headquarters United Way came under to have them reverse their position. Is it the NRA? Does the NRA give money to the United Way? What’s the upside for them to sanction these raffles of really violent assault weapons, so that is my question.”

Plame then claims the NRA acts in defiance of 90% of Americans who say we do need more ‘more sensible gun control, uh, gun safety laws’ and says she’s going to use ‘her background’ to look into that.

Look, the facts are clear, but these gun control goons refuse to accept them. Instead, they’re throwing their weight around in the press and social media to personally attack a fellow United Way chapter and even the parent organization.

How low will they stoop? In the interview, the Santa Fe United Way Chair-Elect clearly asserts Otero County is ‘completely ignoring their licensing agreement’ by continuing with their 2017 calendar raffle, as the agreement states “no alcohol, no firearms, no prostitution and no gambling” – then shares a “funny comment” someone made on her NMTPGV Facebook page that reads “I wonder what they’re doing with prostitution and gambling”.

The UWW has not responded to my requests to clarify their their position on either the Second Amendment or why they are allowing Ms. Viscoli to ignore the gag order they imposed on her. The President of the Otero County United Way is abiding by the gag order and also has not given me a statement in response to this most recent attack against their chapter.

Seems like the only one ignoring the gag order is Miranda Viscoli.

Is Carrying A Gun An Example of “White Privilege”? 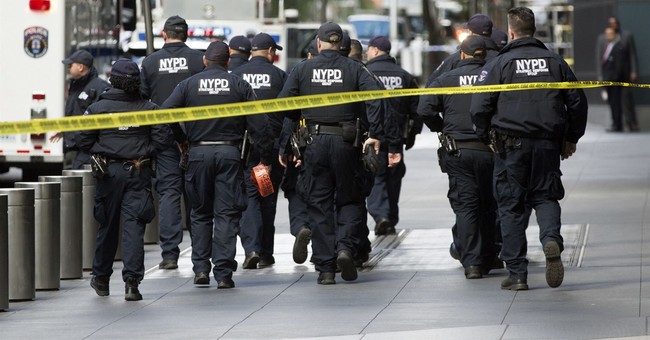