Man In Florida 'Stand Your Ground' Case Has Been Charged 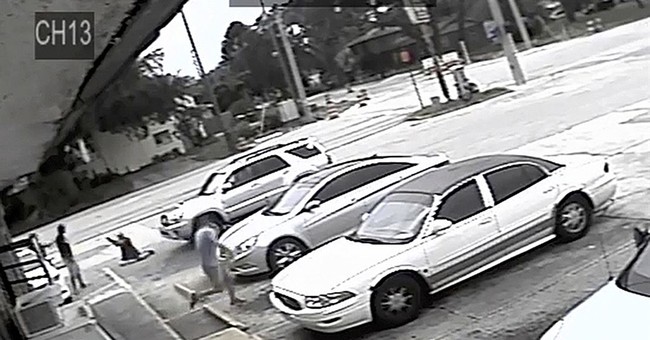 According to reporting from the Orlando Sentinel, though Pinellas County Sheriff Bob Gualtieri decided not to charge Drejka following the incident, the sheriff passed the case along to prosecutors for review. Those prosecutors have now charged Drejka with manslaughter.

The Orlando Sentinel reports that Sheriff Gualtieri stated, “I support the State Attorney’s decision and will have no further comment as the case continues to work its way through the criminal justice system.”

In a news conference late Monday afternoon, Pinellas Park Attorney Kelly McCabe, who’s representing Markeis’ parents, stated she stands behind the decision made by the state attorneys to charge Drejka with manslaughter.

Since Drejka used a firearm, he is facing a first-degree manslaughter charge that can carry a maximum of 30 years in prison.

The July 19th shooting centers around a handicapped parking space outside of a convenience store.

In surveillance video of the incident, Britany Jacobs, Markeis’ girlfriend, is seen parked in handicapped parking. Drejka, noticing that Jacobs didn’t have the proper tags to park in the spot, confronts her.

Soon after the confrontation begins, McGlockton can be seen walking out of the store. Reacting to the argument between Jacobs and Drejka, McGlockton shoves Drejka to the ground, causing Drejka to fall onto his back. Within seconds, Drejka sits up and draws his firearm, pointing it at McGlockton. The video shows McGlockton take a few steps away from Drejka before Drejka opens fire.

An article from Fox News states:

The complaint stated that detectives recorded the crime scene with a 3D scanner showing that the distance between Drejka and McGlockton at the time of the shooting was about 12 feet.

It also stated that the findings of the autopsy were consistent with the video footage of the shooting in which McGlockton appeared to be turning away from Drejka when he was shot.

McGlockton’s parents attended the conference and took a few questions from reporters.

Michel McGlockton, Markeis’ father, stated, “I’m very happy that the state attorney did take a good look at the tape, and made the correct decision on arresting Michael Drejka. Again, I know this is going to be a long road, so we are up for the task and just hope for a good outcome at the end.”

According to Florida “Stand Your Ground” law, it is up to prosecutors to show that the “stand your ground” law does not apply in the case.