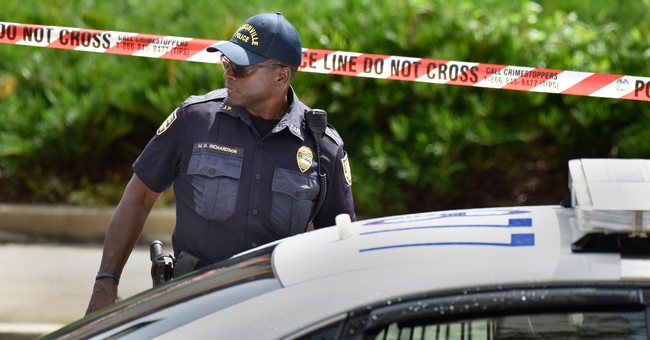 After a mass shooting, Second Amendment supporters often see analysts and commentators in the news media make outrageous claims about gun violence and the type of firearms used to carry out mass shootings. The latest was a retired four-star Army general who stated that some mass shooters use “automatic” weapons to carry out their mass murders.

Gen. Barry R. McCaffrey, a retired four-star Army general and a man awarded three Purple Hearts for his service in Vietnam, appeared on MSNBC’s MSNBC Live With David Gura Sunday to offer his thoughts on the recent mass shooting in Jacksonville, Fla. The shooting left two people dead and 11 others wounded. The shooter also died. Newsbusters, a non-profit production of the Media Research Center (MRC), quickly picked up on the general’s bizarre claim.

At the beginning of his comments, Gen. McCaffrey states, “David, I think we’re getting inured to this, getting accustomed to it. We’re having mass shootings with semi-automatic weapons or automatic weapons on a regular basis.”

The last day in combat as an infantry company commander in Vietnam, I got shot by a machine gun. We probably had the same level of casualties, around 20 wounded and three or four killed in action. But that’s in combat. We were opposing North Vietnamese army regulars. What we’re seeing now is automatic and semiautomatic weapons being used against defenseless populations…

The statement that shooters have used “automatic” weapons to carry out mass shootings is false. The mass shooters that carried out the horrific shootings in Virginia Tech, Aurora, Newtown, Pulse, San Bernardino, Las Vegas, Sutherland Springs, Parkland, and Jacksonville all used semiautomatic weapons. The closest mass shooting that resembled automatic fire was Las Vegas, where the shooter used a bump stock to increase an AR-15’s rate of fire. In the end, however, it was still only one round fired per trigger pull.

Though McCaffrey made this inaccurate claim, he mentioned a solution that many Second Amendment supporters can get behind; that solution is that there needs to be more coordination between “mental health authorities and law enforcement” to prevent these shootings. However, the retired general stated this is unlikely to happen until “we restrict, in some way, through registration, or diminished sales, the availability of weapons, particularly to young men, gang-related primarily.” That should give the American people pause.

Gen. McCaffrey appears to be a mixed bag on the Second Amendment and gun control. He understands that disarming the American public isn’t a plausible solution to prevent gun violence and realizes the importance of focusing on mental health. He also rejects the notion that buyback programs are effective.

“I think it’s impossible to imagine disarming the American people; it’s simply not going to happen. And so, things like gun buyback programs are all, in my judgment, a complete waste of time. You got to get mental health and law enforcement linked in,” Gen. McCaffrey explained.

But, of course, there’s another caveat in his remarks.

“You got to reduce the availability of semiautomatic pistols, primarily, to young men,” he added.

How Gen. McCaffrey would like to “reduce the availability of semiautomatic pistols” is unclear.

The mass shooting at the Madden 19 video game tournament in Jacksonville, Fla. is the latest mass shooting to garner national media attention. As Tom reported earlier, Democrats in Congress are already advocating for tighter gun control laws as they continue to make the issue of gun violence a pertinent issue ahead of the November midterms.

Watch the short clip of the interview provided by the MRC below.

How Did This Ever Get Published? NYT Video Takes a Blowtorch to Blue States
Townhall
Trouble in Socialist-Ville? David Hogg tweets entire thread SHAMING progressives for their lack of self-awareness and ROFL
Twitchy
Joe Biden Moves to Completely Screw You at the Pump
Redstate
Whose Land Did Native Americans Steal Before Europeans Stole It From Them?
PJ Media