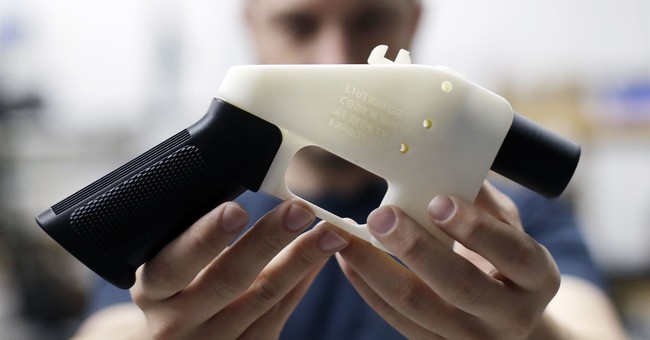 An injunction from District Court Judge Robert Lasnik prohibiting Cody Wilson’s Defense Distributed from continuing to host blueprints for 3-D printed firearms online was set to expire on Tuesday. However, Judge Lasnik has decided to extend the injunction until a lawsuit filed by 19 states and Washington, D.C. against the U.S. government reaches its conclusion.

In June, Cody Wilson’s Defense Distributed reached a settlement with the United States government that would allow him and his company to publish blueprints for 3-D printing firearms on the Internet.

Soon after the settlement with the State Department, Wilson was able to upload some of the files to the Internet before the issuance of the injunction. Though Defense Distributed complied with the court’s ruling to take down the blueprints, they can still be found elsewhere online.

Monday’s decision blocks a settlement President Donald Trump’s administration had reached with Defense Distributed, a group arguing that access to the online blueprints is guaranteed under First and Second Amendment rights, respectively to free speech and to bear arms.

Lasnik said the states have submitted sufficient evidence that they are likely to suffer “irreparable harm” if the blueprints are published. The judge also said Defense Distributed’s First Amendment concerns were “dwarfed” by the states’ safety considerations.

Defense Distributed had put the files on the internet a few days before Lasnik issued the initial temporary ban and the blueprints continue to be available on several other online websites.

It is important to note that the judge decided the states’ concern for their citizens’ safety outweighed the right of Wilson to distribute his files on the Internet and decided to abridge Wilson’s First Amendment rights, which is something the First Amendment explicitly prohibits.

The First Amendment states (emphasis mine), “Congress shall make no law respecting an establishment of religion, or prohibiting the free exercise thereof; or abridging the freedom of speech, or of the press; or the right of the people peaceably to assemble, and to petition the Government for a redress of grievances.”

Here’s how Cody Wilson responded to the judge’s decision.

Judge Lasnik claims that Cody Wilson's First Amendment rights are "currently abridged, but it has not been abrogated" which is fairly stunning.

That's the actual text of the First Amendment. Notice it explicitly protects against "abridging the freedom of speech." It's jaw-dropping to see a federal judge rule that it's ok to "abridge" somebody's freedom of speech.

Though Wilson can’t publish the files on the Internet, the judge did state that the blueprints can be “emailed, mailed, securely transmitted, or otherwise published in the United States.”

Judge Lasnik’s decision to extend the injunction revolved around the following questions: “Is computer code speech? If yes, is it protected under the First Amendment?”

The judge’s ruling will undoubtedly be seen as a win by gun control proponents as Democratic legislators have proposed a complete ban on 3D-printed firearms.