MLB Player Stands Firm In His Support Of The Second Amendment 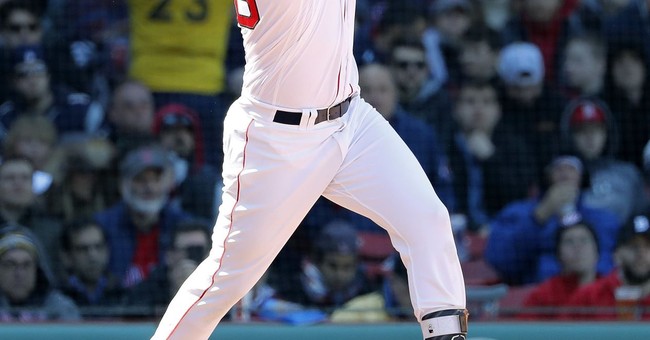 In today’s political world, professional athletes often enter the political fray to give their takes on current events. But sometimes, athletes get dragged into debates unwillingly, especially when old, “controversial” comments, Instagram posts, or tweets resurface and the social media mob demands an apology and retraction for whatever “sin” the athlete may have committed.

Earlier this week, the social media mob dug up a nearly six-year-old, “controversial” Instagram post from the baseball star.

The post, seen below, is a picture of Adolf Hitler, with the following quote attributed to him: “To conquer a nation, first disarm it’s (sic) citizens.”

In the post caption, Martinez voices his opposition to the meme and defends the Second Amendment. It reads, “This is why I will always stay strapped! #thetruth.”

Though Hilter didn’t say the quote itself, Hitler did say something similar, as many in the comments noted.

The most foolish mistake we could possibly make would be to allow the subjugated races to possess arms. History shows that all conquerors who have allowed their subjugated races to carry arms have prepared their own downfall by so doing. Indeed, I would go so far as to say that the supply of arms to the underdogs is a sine qua non for the overthrow of any sovereignty. So let’s not have any native militia or native police.

Of course, social media users and reporters forced Martinez to respond to the post. And though he apologized, in a way, by saying he wasn’t trying to offend anyone, Martinez still stood his ground and voiced his support for the Second Amendment.

“…As most of you guys know, I’m Cuban-American,” he told reporters. “And most of my family was run out of Cuba because of a brutal dictator.”

Why gun owners can still resist a tyrannical government

Why Fox News' Segment With a Top House Republican Was an Extreme Disappointment
Townhall
DC attorney general says busing asylum-seeking migrants to the district 'is creating a humanitarian crisis'
Twitchy
BREAKING: Merrick Garland Makes Statement on FBI Raid Against Trump
Redstate
UKRAINE WAR: Russia's Saki Air Base Blew Up and No One Knows How
PJ Media