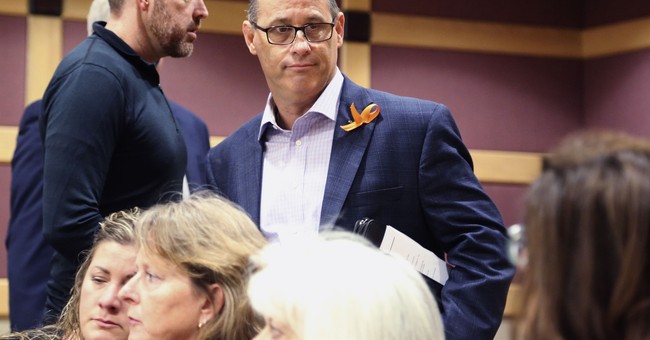 Misconceptions about purchasing firearms are rampant, and blatantly false information doesn’t help the debate over guns and gun control.

In the latest example of “It’s easier to purchase a gun than [insert item here],” a woman complained she couldn’t buy over-the-counter Claritin D, an antihistamine and allergy medication, because she tried to use an expired driver’s license.

“Wish the government was that strict about buying guns,” she stated.

Fred Guttenberg, a grieving father and now vocal gun control advocate who lost his daughter in the Parkland mass shooting, quoted the tweet, saying, “Harder to buy Claritin D then (sic) a gun. No further comment needed. Just let that sink in.”

Harder to buy Claritin D then a gun. No further comment needed. Just let that sink in. https://t.co/V54WDW4p1E

But is the claim true? Is it really harder to buy Claritin D than it is to purchase a firearm?

Short answer, no. The long answer is a bit more complicated. But in today’s gun control debate, there’s no room for nuance, and no one seems to care about the laws on the books.

An individual is required to show a driver’s license when purchasing Claritin D because the medication contains pseudoephedrine, an ingredient often used to create illicit drugs like meth. But, to state the obvious, people looking to buy Claritin D or Sudafed don’t need to complete a criminal background check like an individual does when they buy a firearm from a federally licensed gun dealer.

When purchasing a firearm from any gun store, or stores like Walmart and Dick’s Sporting Goods that also sell firearms, the store must conduct a background check on the purchaser to comply with federal law.

A background check, by necessity, requires some form of identification or proof of residence in the state. An individual must complete paperwork, specifically Form 4473, which allows the dealer to obtain the necessary information that will let them determine if someone is legally allowed to purchase a firearm or not. In some states, a person may need to pay for the background check itself. And, unlike buying a box of Claritin, buying a gun in some places requires a waiting period.

So, to suggest no identification is necessary to purchase a firearm, to insinuate someone can buy a gun in a matter of seconds, is absurd.

Though there are people who conduct private sales that don’t require a background check under federal law, whether they be sales at a gun show or just a transfer between family members or friends, licensed gun dealers also attend these events and are still required to perform background checks.

Even if a private seller isn’t required to conduct a background check during a sale (although many states do have laws requiring such), he or she is still accountable under federal law if they knowingly sell a handgun to someone under the age of 18 or sell a firearm to someone who is a convicted felon.

An overwhelming majority of gun sales in the country go through a licensed gun dealer where a background check is required. And in several of the last mass shootings, the shooters legally purchased the firearm they used. The killers either bought the guns legally because they had no criminal record or past, or they made the purchase “legally” even though law enforcement should have prevented them from doing so or because the system failed. In other words, people responsible for ensuring that guns don’t fall into the wrong hands didn’t do their job correctly.

Most gun crimes aren’t being committed with firearms purchased in legal, private sales, either. These shootings are carried out by legal gun owners who snap, people who somehow slip through the system’s cracks, people who exhibit red flags yet don’t get the help they desperately need, or someone who obtained the firearm illegally, whether it was stolen or sold to them despite their criminal record.

Claims like those made in the tweets above, no matter how many times people debunk them, continue to persist. It’s almost as if those who make the claims never put them to the test. Perhaps they should try to buy a gun themselves to understand the process, but one can guess that’s just too much to ask.