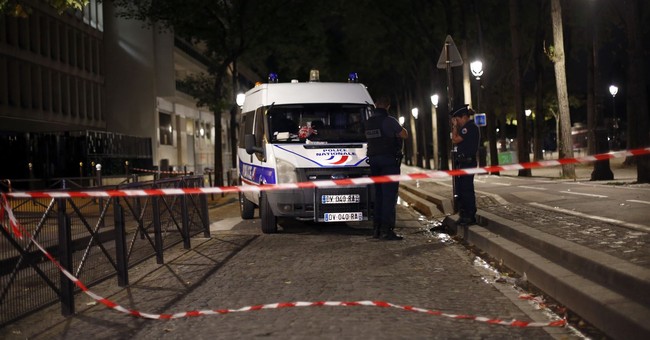 France’s government has an unusual policy when it comes to arming its police officers. For officers at the local level, the government prohibits them from carrying, though they are the ones risking their lives to fight rising crime. The good news is, however, this bizarre policy may be coming to an end.

Quartz is now reporting that French officials are considering arming local police officers due to the threats of terrorism, rising crime, and because the mental health of France’s officers is a particular area of concern.

Earlier this year, French interior minister Gérard Collomb launched a parliamentary commission (link in French) to find ways to support security forces and municipal police, who are overwhelmed with the rise in crime (link in French) and increasingly suffer from mental health problems (link in French) linked to the danger associated with their jobs. The members of parliament in charge of the commission, Jean-Michel Fauvergue and Alice Thourot, released a report yesterday with more than 70 recommendations, of which the most eye-catching is to make firearms mandatory for all municipal police officers.

The proposal to arm all local cops is a significant departure for France. The law currently states that municipal police shouldn’t carry guns unless a mayor specifically requests it. According to Le Figaro, just under half of municipal cops currently carry a handgun, up from a quarter just 10 years ago (link in French).

Following the Charlie Hebdo terror attack in Paris, France in 2015, countries across Europe that were also facing threats of terrorism were said to be considering militarizing more of their police forces. In the Charlie Hebdo attack, two police officers were unarmed and defenseless when extremists murdered them.

In recent weeks, France has seen several stabbing attacks. A group of men playing petanque stopped a knife attack Sunday evening by beating the knife-wielding attacker with the metal balls and rods in their hands. And back in May, Paris experienced a knife attack that resulted in two deaths, including the attacker. Responding officers fatally shot the suspect.

According to Quartz, though France does not have a Second Amendment and its citizens don’t have the right to bear arms, gun ownership is still high, while gun-related deaths is low. Quartz goes on to state that militarizing law enforcement doesn’t make people safer.

However, “civilian deaths” does nothing to explain that a majority of officer-involved shootings in the U.S. are justified. In 2015, the Washington Post reported that an overwhelming majority of police officer-involved shootings are justified. Those killed by police brandished a firearm, had already fired at pursuing officers, or were approaching officers with other types of weapons, like knives or hatchets.

If “civilian deaths” were to increase in France because there are more armed members of law enforcement, it doesn’t necessarily mean it would be a negative thing. Officers end up saving more lives.

While there are those skeptical of the idea, here’s hoping the government gives French law enforcement the tools it needs to protect innocent lives.

Despite laws against guns and drugs, San Diego cops find both
Dec 07, 2022

Trump Hired a Crew to Search His Storage Units. Here's What They Found.
Townhall
Radio host explains why it's OK to go after Sen. Ted Cruz and his teen daughter after she was rushed to hospital
Twitchy
We Found the Real Dog-Faced Pony Soldier (and I Wish We Hadn't)
Redstate
FACEPALM: Karine Jean-Pierre Reads Wrong Answer During Press Briefing
PJ Media