March For Our Lives Blames America for Mass Shooting in Thailand

This morning tragic and shocking news broke about a mass shooting at a school Thailand.  The details are grim.  According to the Associated Press reporting, “Police have not given a full breakdown of the death toll, but they have said at least 22 children and two adults were killed at the day care. At least two more children were killed elsewhere. They said 12 people were wounded.”  A witness said staff at the day care locked the door when they saw the assailant approaching with a gun, but he shot his way in. Police spokesman Archayon Kraithong said at least 37 people were killed in the attack in one of the poorest parts of Thailand.

As the United States woke up to the news of this horrific tragedy, March For Our Lives, a radical group that sprung up after the shooting at Marjory Stoneman Douglas High School in February of 2018, weighed in on the tragedy; not to express sympathy for the victims, the community or the Thai people, but in an attempt to score political points with their far-left acolytes by attacking America.

Today, Thailand experienced its deadliest mass shooting by a lone gunman. We are sickened that more & more CHILDREN are forced to live this horror.

This is a global poison & we can’t help but wonder: what example has the U.S. set for the world? We must all be better than this. https://t.co/q6NGtXUVm9

March For Our Lives tweeted, “Today, Thailand experienced its deadliest mass shooting by a lone gunman. We are sickened that more & more CHILDREN are forced to live this horror. This is a global poison & we can’t help but wonder: what example has the U.S. set for the world? We must all be better than this.”

In an interaction March For Our Lives had with journalist Stephen Gutowski, the gun control group responded to his statement about their attack, adding that they, “can’t deny the influence of U.S. culture when it’s convenient.”

Sir, we’ve had more than 500 mass shootings so far this year. We can’t deny the influence of U.S. culture when it’s convenient. We’ve normalized this violence yet claim to be an example for the world. Disputing this doesn’t save any lives, here or abroad. https://t.co/TJgYwVLWIe

When looking at gun laws in Thailand, according to GunPolicy.org, Thailand has many if not all of the restrictive gun laws that March For Our Lives advocates for in the U.S. Civilians do not have the right to keep or bear arms, possession of semi-automatic rifles is prohibited by law, and even owning a gun is banned by law unless the owner possesses a valid license; something that can’t be obtained unless they demonstrate a “genuine reason” for gun ownership. Thailand’s gun laws basically operate as a “may issue” system, with licensing authorities using everything from an applicant’s personal conduct to their income before deciding whether or not they’re allowed to own a firearm. 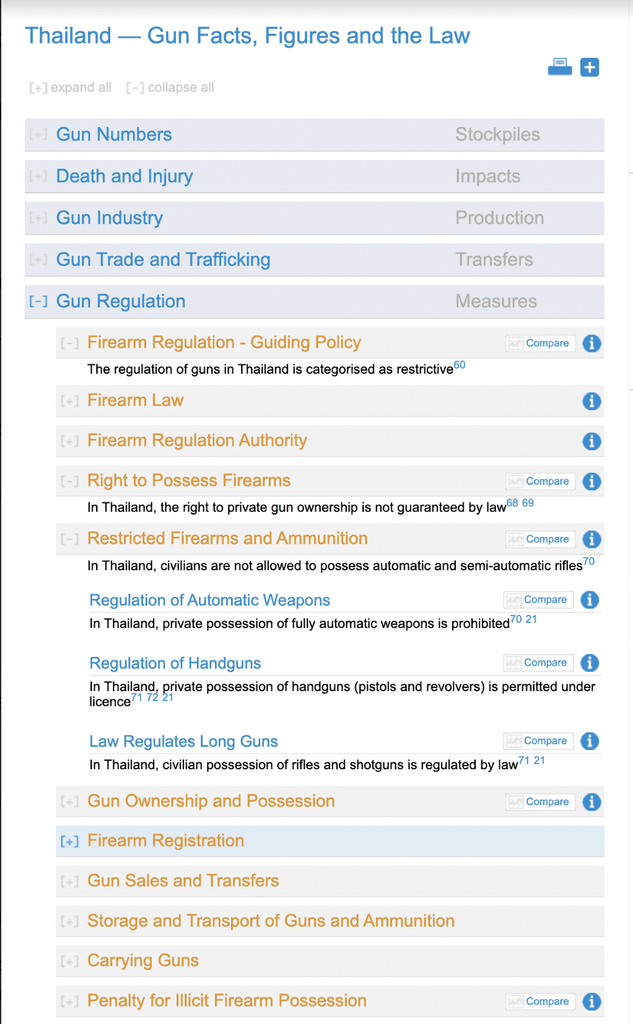 Despite claims to the contrary, mass casualty attacks, even with firearms is not a uniquely American problem.  As many have already recognized, these restrictive firearms laws do not prevent these horrific tragedies or stop determined attackers and criminals.

If You Really Wanted to Destroy the U.S., Then...
Townhall
Place your bets! People are speculating why Klaus Schwab is in Washington, DC
Twitchy
Did an ‘LGBT-Caucus’ California State Senator Just Pull a 'Jussie Smollett?'
Redstate
Police Release Confusing Information About University of Idaho Murders
PJ Media