The Gewehr 98 was one of the most widely adopted and successful bolt-action rifles ever made. Its production was short (1898-1918), but with the onset of World War I its numbers reached near 5 million and proved to be the standard bearer among rifles of its time. Almost all subsequently produced bolt-action rifles pay homage in one design feature or another to the G98 including the United States’ very own and much beloved M1903 Springfield. Only the AK-47 and its derivatives come close to the G98 and her descendants in total production numbers.

The AK-47 was the next evolution in rifle manufacturing after the groundbreaking StG44 changed the military rifle industry for good. The AK-47’s durability, reliability, cheap and simplistic production, as well as its easy maintainability has made it the service rifle of choice for armies across the globe for decades. At over 75 million produced, the AK-47 has seen service with some of the most powerful armies in the world and the lowliest of guerrilla movements. Furthermore, the AK has been the basis of countless other successful derivatives and descendants, numbering into the hundreds of millions.

George S. Patton called the M1 Garand the “greatest battle implement ever devised,” a distinction it deserves by being the first semi-automatic rifle to be generally issued. The M1 Garand’s use in the Second World War gave US forces a withering superior advantage in firepower over their bolt-action carrying counterparts. The M1 Garand prompted the Axis militaries to introduce greater numbers of semi-automatic rifles to their own infantrymen as well as begin experimentation with new types of infantry firearms, eventually leading to the StG44.  After the war, the M1 Garand remained the standard service rifle issued to the American GI until it was replaced by its modified and modernized descendant, the M14 in 1957. It continued to see limited use by the United States until 1966, and further with militaries the world over through direct licensed copies and derivative designs. While the AR-10 service career was relatively unsuccessful (only ever being adopted for service by Portugal and Sudan) it did provide a basis for its much more successful descendant, the AR-15. The AR-15, was adopted into US service as the M16 in 1963. Implementation of the rifle was plagued by problems, including excessive fouling caused by changing powder specifications, under-emphasized maintenance needs which led to considerable jamming issues and the originally issued 20-round magazines left US forces out-shot by their 30-round magazine counterparts. However, these issues were mostly corrected with improved maintenance and the modified M16A1. Subsequent versions, the M16A2, M16A3 and M16A4 have improved upon the rifle and earned the M16 its place as the mainstay of U.S. forces and U.S. friendly militaries around the world.

The Steyr AUG holds the distinction of being the first successful bullpup rifle and the first to be adopted into widespread military service by the Austrian Bundesheer in 1979. Say what you will about the bullpup design, the Steyr AUG is extremely reliable, accurate and lightweight in comparison to its counterparts. Furthermore, the Steyr AUG’s success has only increased the popularity of bullpup rifles among the armies of the world. The AUG and its variants alone are servicing over 20 national armies, including Austria, Australia and New Zealand. Similar designs are now being carried by the British, Singaporean and Israeli armed forces. In reaction to the implementation of the AK-47, a post-war need arose among the newly formed NATO alliance for comparable rifles that conformed to a NATO-wide goal of integrating military equipment.  In response, Dieudonne Saive and Ernest Vervier created what is possibly the classic post-war battle rifle in the FN FAL; a rifle that’s prevalence among Western nations earned it the nickname “Right Arm of the Free World.” All the same, much of the rifle’s initial success was due to its NATO acceptance as the rifle was long, heavy and prone to jamming in dusty environments. However, through modification the FAL became synonymous with sound design, reliability and easy maintenance. After all, use by 90+ countries, and countless descendants have to account for something.

In 1895, the Lee-Enfield was nothing more than a smokeless powder redesign of the short-lived black powder Lee-Metford, the first internal magazine-fed rifle to enter into British military service following the replacement of the breech-loading Martini-Henry in 1888. However, the Lee-Enfield came into its own with the Short Magazine Lee-Enfield Mk III (SMLE).   With 17 million plus produced, the SMLE was carried by almost all British and Commonwealth soldiers through the length of the World Wars and into the 1960s. While retired by the British military, it still remains in active service in a number of Commonwealth countries, making the system first implemented in the Lee-Metford the longest serving bolt-action rifle design in history. 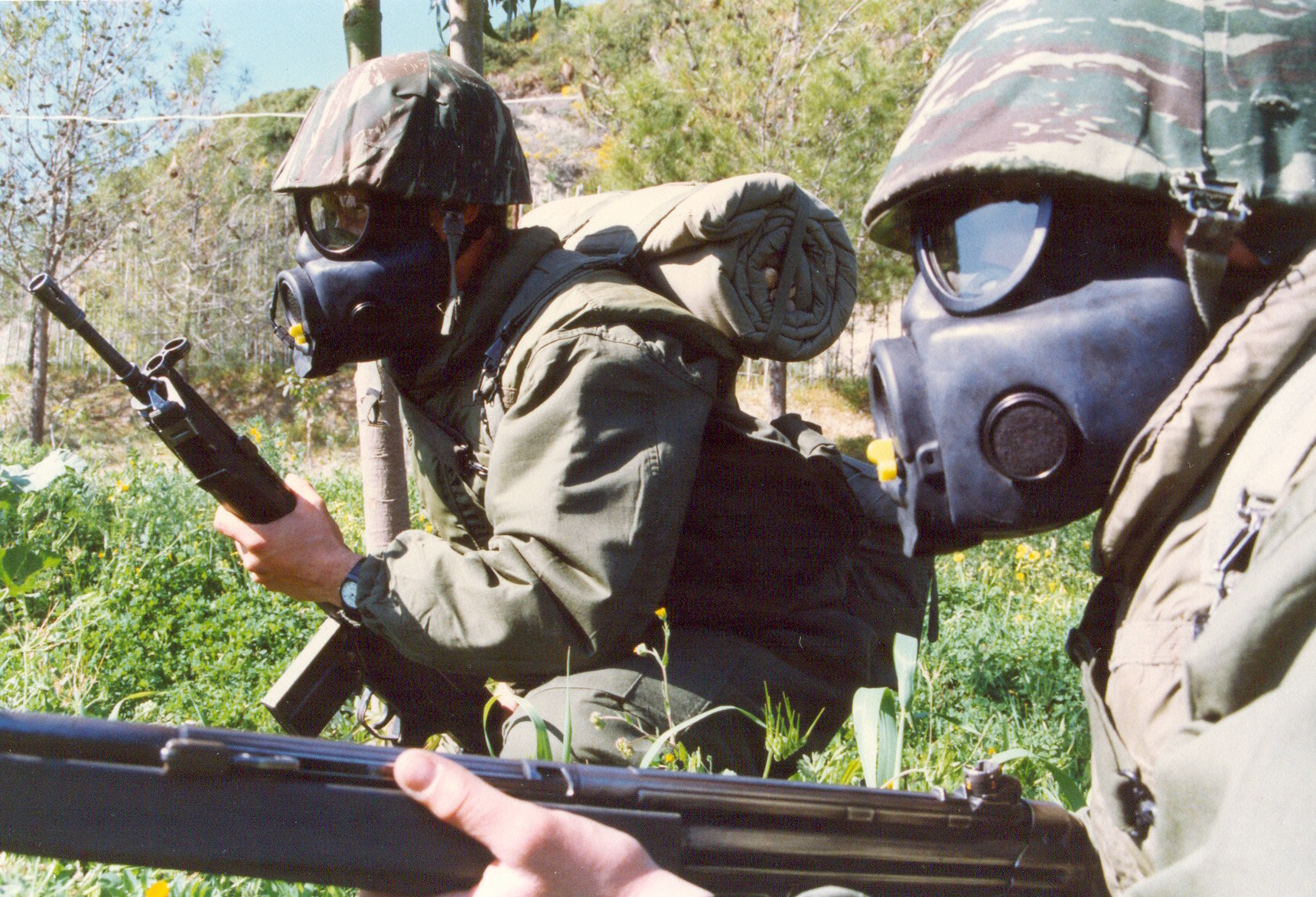 The HK G3 was the first in a series of extremely successful post-war German rifle designs. The G3 was originally developed by the Spanish firearm manufacturer CETME with input from Heckler & Koch and was based off German war designs. In 1959, the G3 was picked up by the newly reformed Bundeswehr to replace the FN FAL because they preferred to equip a rifle that could be produced in Germany. In typical German fashion, the G3 was produced with unrivaled precision and performed extremely well from the start. However, unlike typical German fashion, the rifle was made simplistically and became a popular choice for militaries with less developed military industries. The G3 has been licensed by more than 45 countries, primarily in the emerging world. The Mosin-Nagant was a leap forward in weapon design for Russia. Replacing the single-shot Berdan rifle in 1891, it represented a modernization effort by the Imperial Russian military to bring it into line with other European nations that had been experimenting with internal magazine-fed rifles for over a decade. The collaboration of Russian and Belgian inventors that brought about the Mosin-Nagant was truly a masterstroke. The rifle itself was straightforward and not particularly innovative but made up for it in practicality. The rifle was easy to make and easy to maintain, a fact that seems clear with production numbers reaching more than 37 million and many of those rifles sit in storage just as capable today as in 1891. 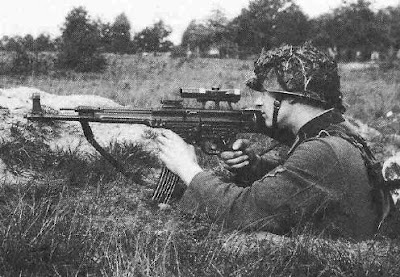 The Sturmgewehr 44 was the first of its kind and revolutionized military rifle design.   With increasing numbers of semi-automatic rifles and sub-machine guns being brought against the Wehrmacht in the close quarters of the Eastern Front the Germany military was forced to rethink its small arms doctrine. Experimenting with intermediate rounds eventually lead to the StG44 and the new rifle was quickly sent for its trial by fire on the Eastern Front. The StG44 performed remarkably well and was much loved by the men it was issued to. The first assault rifle however did not come without problems and later modifications sought to correct the most glaring shortcomings. However, as it was developed late in the war, only about half a million were produced. The rifle remained in service with the new Germanys for some time but was quickly replaced by the newer and better rifles that were created in the StG44’s wake.