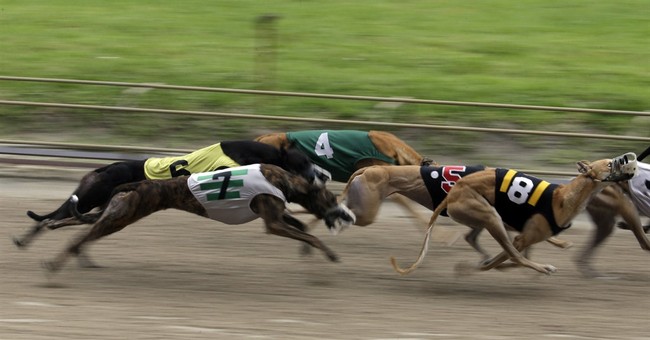 I’m not a lawyer, but I understand that in contract law, anything that’s too vague is generally interpreted in a way that benefits the person who didn’t write the contract. In other words, if you want me to sign the contract, and a provision is vague, you’re going to have a harder time enforcing your interpretation of that clause if I interpret it differently.

When it comes to laws, though, things work differently. Vagueness means the law is up for interpretation by the government, which means something that’s perfectly legal today may be illegal tomorrow simply because someone changed their mind.

Obviously, this is rarely a good thing.

Florida’s powerful pro-gun lobbyist and activist Marion Hammer is now warning Florida voters of the perils of an amendment up for consideration in November and how it may have unexpected repercussions.

A circuit court judge actually called Amendment 13 an “outright trickeration” and an attempt to “hide the ball” from voters.

The actual amendment that would go in the Constitution contains the words: “The humane treatment of animals is a fundamental value of the people of the State of Florida.”

Nowhere in the amendment is “humane treatment of animals” defined. Therefore, it is left entirely up to radical animal rights organizations and their sympathizers to define those words. That is what they intend.

If this amendment were really about greyhound racing or wagering on greyhound races, why did animal rights radicals carefully craft and insert hidden language in the amendment?

If, as some have claimed, those words mean nothing substantive, why are they there?

Do they really expect intelligent people to believe they want to insert words that mean nothing in the Constitution?

Hammer brings up an excellent point.

In other words, there’s a lot of variance in what constitutes the humane treatment of animals.

Now, understand, I have issues with greyhound racing, which is what this amendment is supposed to be about. My family adopted a racing greyhound who had been horribly mistreated by the kennel he was part of after he was done racing, and I can’t look at the tracks the same way anymore.

Yet I also see Hammer’s argument as well. The issue isn’t about greyhound racing, it’s about what this could be used for in the future and all the ways radical animal rights activists may manipulate this simple text in the future to completely change life in Florida.

Why Are So Many Gun Control Advocates Opposed to Bloomberg’s Campaign?

Dems Compete To Out Anti-Gun Each Other In SC Debate

Dems Compete To Out Anti-Gun Each Other In SC Debate