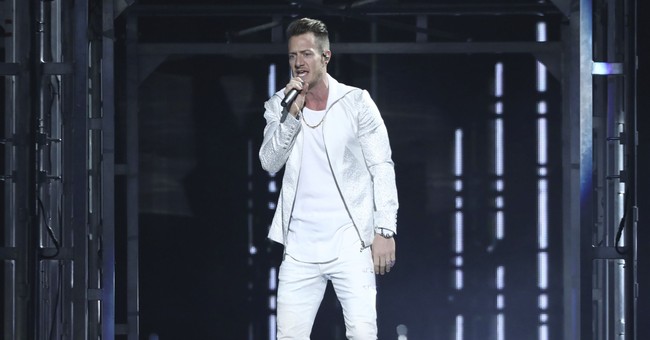 I expect more out of a Georgia boy. Yes, being a Georgia native myself, I understand that we have our own gun grabbers here in the state, but they tend not to spend a whole lot of time in the rural parts. You tend to find them in the more urban areas.

Florida Georgia Line’s Tyler Hubbard is from about 35 or so minutes from Atlanta, so maybe that explains it.

The country artist wants his genre of music to embrace gun control.

Florida Georgia Line‘s Tyler Hubbard has thrown his support behind the End Gun Violence Together campaign launched by Blake Mycoskie of TOMS Shoes — and he wants his colleagues across country music to join him.

On Nov. 29, Hubbard delivered an impassioned endorsement of the TOMS CEO’s new initiative. In a solemn video, he referred to the staggering statistics regarding the 307 mass shootings that took place over the last 311 days in the United States and said that he believes that “we can all come together and all agree that something has to change” by contacting congress and demanding stricter gun laws.

A statistic that is total BS, I might add. It’s been debunked repeatedly.

Now, Hubbard is doubling down on that message and asking his peers across country — including Jason Aldean, Miranda Lambert, Maren Morris, Luke Bryan, Taylor Swift and many more — to get involved, even if it means stepping outside their comfort zones to lend their social media platforms to the cause.

In other words, Hubbard wants all of these artists to alienate their entire fan base by making a stand on something that has absolutely nothing to do with their music but may cost them millions in album sales.

Look, I get that country music is a little touchy about guns following Las Vegas. But that doesn’t mean people like Hubbard get to expect the rest of us to roll over and die so he can pat himself on the back. I hate to break it to him, but his band isn’t going to get more respect because he made a political stance. He might get some slaps on the backs at Hollywood parties, but the people who will applaud his move won’t be the people who are buying his band’s music.

Instead, they’ll act like he’s a swell guy while still denigrating his music, his genre, and his audience.

Then again, Hubbard isn’t likely to have nearly as much of an audience going forward as he used to. Country music is the music of the rural parts of the country, where people work hard and have guns, where they hunt but also know that help may be an hour or more away so they’d better be armed. It’s those people he’s now giving the middle finger.

It’ll be nice when celebrities start to remember that their job is to entertain us, not lecture us. Then they can get back to being entertainers and stop pretending their opinions matter more than everyone else’s.

Everytown Discovers The NRA Isn’t Behind 2A Sanctuaries