In Arizona, one Republican has an interesting plan to amend a proposed bill.

You see, while bills are being crafted, both sides create amendments to try and attach to them. Some are designed to kill the bill, but others are meant to either bolster it or weaken it, depending on who is proposing the amendment.

Then again, sometimes they have nothing to do with the bill at all.

This time, one amendment does, and it’s clever.

An Arizona Republican has offered a proposal to allow millions of people cleared by the Transportation Security Administration’s Precheck program — designed to make getting through airports easier — to buy a gun without additional investigation.

Rep. Debbie Lesko offered the TSA Precheck amendment during the debate over the House Democratic-sponsored bill requiring background checks for all gun sales, including private transactions. Her amendment is set to be voted on on Wednesday.

The bipartisan background checks legislation likely will be approved by the House and is the most high-profile vote in Congress on gun control in decades. Top Senate Republicans have already said they would ignore the bill, while President Donald Trump has threatened to veto the legislation if it ever reaches his desk.

Lesko — who is opposed to the background checks bill, like most House Republicans — offered a series of amendments to the gun legislation when it was debated by the Rules Committee, including the TSA language.

“H.R. 8, the Democrats who sponsor it think it’s going to solve all the [gun violence] problems, and unfortunately it won’t,” Lesko said in an interview, referring to the background checks bill.

The Arizona Republican justified her amendment on the grounds that “you already got a background check when you went to TSA.”

“If the goal of H.R. 8 is to prevent the bad people, or mentally ill people, or people who aren’t supposed to have guns from not having guns, you already OK’d a TSA Precheck person.”

Unfortunately, some felons can obtain a TSA Precheck, which will likely kill the amendment, but it does bring up an interesting point.

After all, in many states, a concealed carry permit can be presented instead of having to wait for a background check. In a way, it’s similar to TSA Precheck in that it eases the process for people.

To my knowledge, we’ve never seen someone with a concealed carry permit commit a mass shooting. Ever.

So, what happens when I go to sell a gun to someone who presents a valid concealed carry permit despite universal background checks? If the purpose is to bar bad people from getting guns, this should be sufficient, right?

Or, is the real purpose to give the government more authority on the buying and selling of guns between private parties?

I think we all know the answer to that one. We all know that people like Nancy Pelosi would rather see every one of us disarmed, left at the tender mercies of the merciless while she enjoys the safety of armed security. 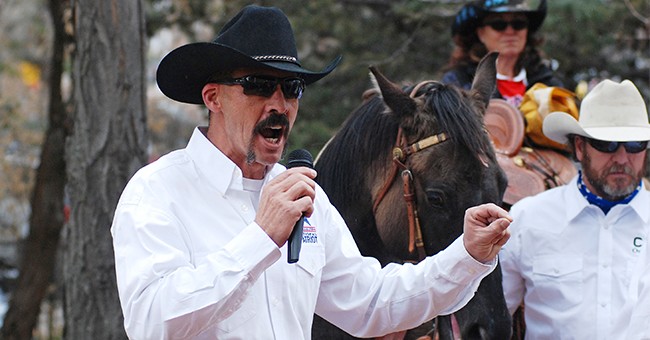