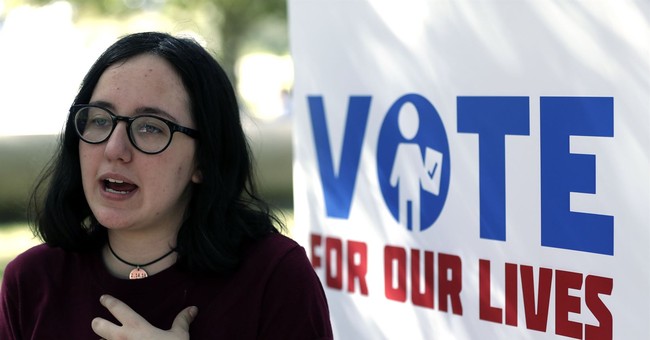 Schools are supposed to be places of learning, where facts take precedence over feelings. They’re not supposed to teach you what to think, only how to think.

What they’re supposed to be and what they are, however, aren’t exactly similar.

Because of that fact, some pro-Second Amendment parents are lashing out at Portland public schools for what they say is an attempt to indoctrinate their children.

“It’s wrong for the schools to essentially hijack public resources to push one side of a controversial issue and to misuse children as puppets in their exercise,” said Buchal.

He also said PPS used district resources to coordinate with outside activists, helped plan political activity, including walkouts, and claims the schools “indoctrinated” students in the classroom.

“It’s a giant scheme of manipulation and it’s not what people want their education dollars spent on,” said Buchal.

Unsurprisingly, the school says the lawsuit is baseless.

I’m not so sure about that.

I can’t speak for Portland, but we saw many schools jumping at the opportunity to not just allow students to stage walkouts, but to seemingly encourage them by giving it a stamp of approval. As Portland tends to be a fairly left-leaning city, I suspect that the support was there then too.

There’s another walkout planned for Friday, though students participating in it will reportedly receive an unexcused absence.

Unfortunately for the schools, no one is talking about Friday. They’re talking about last year when a coordinated effort took place to have students walk out of every school in the country. Back then, schools were practically rolling out the red carpet so students could walk out of class. They made it very clear that they believed anyone who disagreed was an evil, vile human being.

It’s no wonder there’s a lawsuit on this. There needs to be — a lot of them.

Hell, if there was one saving grace to those walkouts, it was how they were practically non-existent here in my neck of the woods despite it being a heavily blue congressional district.

In a lot of places, though, it was different. They were reportedly backed heavily be school administrations and given the stamp of approval. It’s possible many participating in the walkout weren’t proponents of gun control or even those who just saw it as an excuse to get out of class. Some might have been fearful of repercussions if they didn’t participate.

What is that if it’s not an attempt at stifling their First Amendment rights?

Couple that with what I’m sure were endless “discussions” on the Second Amendment–discussions that often had the teacher spouting nonsense like it being a collective right–and what do you have other than indoctrination?

I can’t say if this happened in Portland. Considering the city’s politics, I don’t doubt it, but I can’t say for certain. What I can say is that I know for certain it happened in plenty of other places, and all of them need to have their feet to the fire.