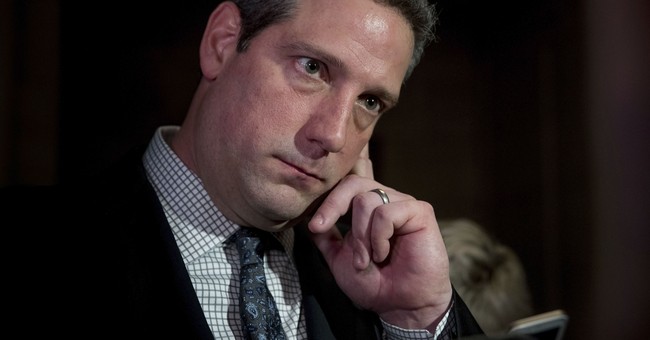 Right now, a lot of gun owners are upset that the National Rifle Association was willing to pressure the Trump administration to ban bump stocks–something they see as an anti-gun position–regardless of any arguments presented as to why they took that route.

Meanwhile, anti-gun officials are still upset that the NRA won’t compromise with them. The latest example is Rep. Tim Ryan.

Ryan spoke at the Heartland Forum in Iowa on Saturday about a number of issues, including suicide prevention and gun control.

“I support background checks, I support researching this, I support closing the Charleston loophole, I support keeping guns out of the hands of terrorists or people who are on the terrorist watch list,” Ryan said at the Storm Lake forum. “So all of the comprehensive firearm reforms that are out there, I strongly support.”

The congressman, an avid hunter, was once a member of the NRA but said he left over the organization’s inability to address gun violence.

“Here’s the problem I have with the NRA. I used to be a supporter,” he said, but he now rejects money from the NRA, “because they did not even want to come to the table to have a conversation. That’s what infuriated me. How do you watch this on TV and not want to do anything about it? Here’s a perfect example where they could play a constructive role in society about trying to help prevent suicides and how to store your gun properly and all the rest. They don’t even want to have that conversation. So we have to politically overcome that and dominate it.”

Let’s be honest here, it’s not like Ryan and his buddies will offer a real compromise. After all, name one single time anti-gun lawmakers have offered a genuine compromise on guns?

I’m not talking about, “We want to ban all guns, but we’ll only ban these guns” kind of compromise, either. Those are cases where we’re the ones giving up absolutely everything and what are they giving up? Nothing. They’re giving up hopes. That’s it.

Not once has an anti-gun lawmaker sat down and said something like, “Look, we want bump stocks gone, but we’ll back national reciprocity in exchange. We don’t like it, but we see it as the least bad alternative, plus your supporters are probably more interested in carrying guns across state lines than they are in bump stocks anyway.”

No, they sit down and say, “We’re going to ban bump stocks…and while we’re at it, we’re going to write the law so it encompasses binary triggers, match triggers, basically anything other than a stock trigger…and we’ll probably end up making up a ton of rules about those, too and your job is to suck it up and smile.”

That’s what gun control’s history has been. It’s been anti-gun zealots calling for more and more restrictions, dialing it back just a bit and calling it a compromise, only to turn around and start demanding more. It never ends with these people. They’ll keep demanding more until there’s nothing left to give.

Well, no thanks. I’d much rather keep my rights and anti-gunners sensibilities can go to hell.

The truth is that the NRA isn’t sitting down with people like Ryan because there’s no reason to do so. If he was remotely interested in compromise, in working with the NRA to find real solutions rather than just pushing gun control nonsense, I have little doubt they’d talk. But he’s not. Not in the least.

What he wants is the NRA to rubber-stamp gun control measures so he can pretend we’re all on the same side.

I’m damn glad the NRA’s not sitting down with the anti-gunners. It has better things to do with its time, just like the rest of us.