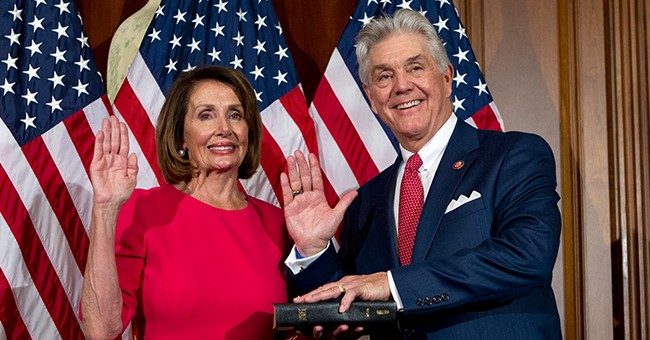 School shootings happen for one reason above anything else: They’re good targets.

Security at schools tends to be a complete disaster. That means, they’re loaded with unarmed targets in a tight, confined space. There are other reasons that I’m not very comfortable listing, but you probably know of other reasons as well.

After any school shooting, we’re told that the only possible solution is more gun control. The media are filled with talking heads saying that if you don’t support gun control, you want to see more kids die.

However, a congressman from Texas has filed a bill that gives the lie to that argument.

The start of a new school year is probably the furthest thing from your child’s mind, but that’s not the case for Texas Congressman Roger Williams (R-Austin).

“We have not done enough up here in Congress to protect our students and our teachers from the problems we’ve had with schools in the past,” Representative Williams told KVUE.

The problems he’s referencing are incidents of mass violence, including the shooting at Santa Fe High School outside Houston last May and the massacre at Marjory Stoneman Douglas High School in Parkland Florida three months before that. These tragedies were the catalyst for Rep. Williams to team up with Parkland Rep. Ted Deutch (D) and file House Resolution 3665, the “School Violence and Mitigation Act of 2019.”

The bill establishes a grant program to pay 100% of the costs for individual campuses to have independent facility security risk assessments, covers 50% of the cost to make safety improvements and requires all schools that take the grant money to install at least one silent panic alarm.

Of course, for Democrats, that’s precisely the problem.

However, if we’re going to talk about keeping kids safe, something anti-gunners continue to claim is a priority for them, then why not rally behind a bill like this? The truth is that, without making all guns vanish or doing something equally impossible, schools will continue to be a target for maniacs looking for fame.

Hardening the schools and making them less appealing targets, however, can save lives without resorting to infringing on the rights of ordinary Americans.

Look, we’re not about to stop arguing over gun control. I think we all know that.

What we can do, though, is get together on something like this and still disagree as to whether this is enough or not. Even if you think gun control is necessary, you’re deluding yourself if you think that it will somehow make mass shootings disappear entirely. No, they’ll still be with us regardless of what we do in that regard.

So, with that in mind, why not try to, at least, make it so our children won’t be the target? Why is that so unpalatable to some?

Maybe the problem is that they never gave a damn about the kids in the first place.