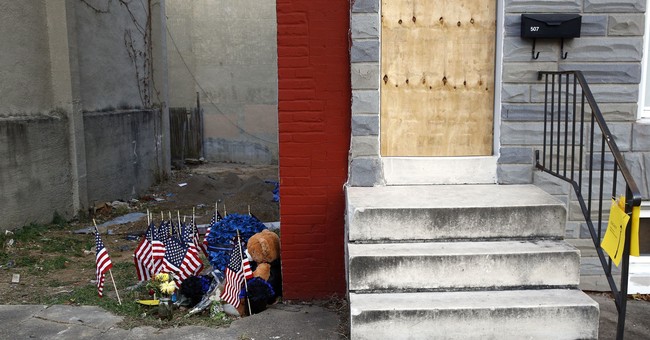 Over the last day or so, media headlines were touting a new study that supposedly proves that states with strict gun control have fewer “pediatric” deaths from firearm misuse. I put “pediatrics” in quotes because this term is used to apply to anyone under the age of 21, which means a lot of adults fall into this category.

Still, is this the study that shows we’ve been wrong this whole time? I doubted it, but I’m not the best person to break down studies and find if they have any flaws. I knew someone else would probably know better how to go after this, and I decided to wait for them.

Luckily, I didn’t have to wait long.

Normally, if you want to know what effect a law has, you look to see what changed before and after it went into effect. Do states that enact the law experience different trends relative to states that don’t? This study doesn’t do that; though it combines five years’ worth of data, it just compares gun-death rates across states with various scores from the anti-gun Brady Campaign. It’s “cross-sectional,” in other words. It doesn’t tell us whether the laws actually do anything, or if states with fewer gun deaths are more likely to enact the laws to begin with.

You can add assorted “control variables” to make these comparisons a bit better, and the authors do, but at the end of the day this is not compelling. It’s not rigorous enough to even be included in the RAND Corporation gun-study review I wrote about last year, which quite sensibly excluded cross-sectional research entirely.

In addition, because they’re focusing on “gun deaths,” the researchers don’t take account of substitution effects; it’s possible for a law to reduce gun deaths without reducing total deaths, if people switch to other methods of suicide and homicide. And on top of that, of the three specific laws they analyze beyond the overall Brady scores, one of them (microstamping/ballistic fingerprinting) has been passed in just two states and another (background checks for ammo purchases) in three.

In other words, this study is little more than an effort to sway people to embrace gun control and not actual science.

To be sure, researchers know the weaknesses of various study methods. They know this isn’t indicative of much of anything. However, the media clearly doesn’t. They’ve been singing the praises of this study.

However, as National Review‘s Robert Verbruggen noted, there’s something interesting that does show up in the study. It seems that one of the control variables they included was gun ownership rates. This same study found that states with a firearm ownership rate above the national median also had four percent fewer firearm fatalities. That’s about the same as what the study found in states with a 10-point higher Brady score.

So, the study also finds that guns save lives.

Further, it should be pointed out that “homicide” means someone who is killed intentionally by another person. Self-defense shootings fall into that category. Did the study differentiate between self-defense homicides and murder? It doesn’t say, which means it probably doesn’t.

Now, this matters because a lot of your more violent criminals are likely to be younger men. They’re the ones who may well be killed in an armed confrontation, which would show up on the statistics. However, they’re targets often aren’t. So if they’re killed in self-defense, the study would count their deaths, but if their targets are unarmed and get killed, those deaths wouldn’t. At least, not necessarily.

While the media is fawning all over this study, they probably shouldn’t. There are way too many holes in it for it to mean much of anything except a publishing credit for the researchers.