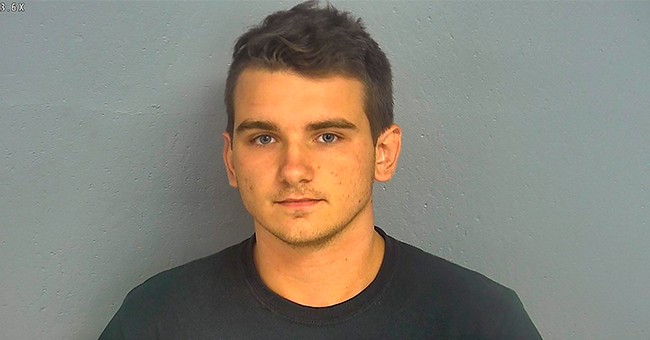 Last week, a man carried an AR-15 into a Walmart in Missouri while wearing “tactical” equipment. It caused a major disruption, sending people running for their lives as they feared a repeat of El Paso.

Outside, the individual was stopped by an armed citizen, an off-duty firefighter, who held him at gunpoint until police arrived. Now, the man in question is claiming that he was testing his Second Amendment rights.

A 20-year-old man who sent shoppers fleeing after he entered a Walmart store in Missouri while wearing body armor and carrying a rifle and handgun on Thursday, said he wanted to see whether the store would respect his Second Amendment rights, according to a probable cause statement released Friday.

Dmitriy Andreychenko is facing a terrorist threat charge for the incident, which comes five days after a gunman walked into a Walmart in El Paso, Texas, and opened fire, killing 22 people. The next day, another shooter killed nine people in Dayton, Ohio, in an unrelated episode that has heightened discussions about gun control legislation and firearms safety.

In the Missouri incident, Andreychenko started recording himself with his cellphone while still in the parking lot of the Springfield Walmart on Thursday afternoon. He got the body armor from the trunk of his car before grabbing a shopping cart and walked into the store, the probable cause statement said.

A store manager activated a fire alarm, prompting shoppers to flee, police said. An off-duty firefighter apprehended Andreychenko and he was arrested. No shots were fired during the dramatic episode.

The probable cause document quoted Andreychenko as saying he “wanted to know if Walmart honored the Second Amendment.” He said he had bought the rifle and body armor because of three recent shootings and a stabbing, and wanted to protect himself.

This is how not to do, well…anything.

Look, I support the right to keep and bear arms in all its forms, and that includes open carry. I’ve been accused of being anti-open carry simply because I think it’s a poor tactical decision. However, I strongly and vehemently oppose any restriction to open carry.

I wanted to start by saying that so people understand where I’m coming from before I say, knock this crap off!

This isn’t some guy walking into a Starbucks with an AR-15 slung to his back. That’s kind of dumb and unnecessary, but no one freaks out about it. They might get uncomfortable and leave, but you’re not presenting yourself as a threat.

However, Andreychenko walks into a Walmart days after a mass shooting, weapon on what looks to me like a one-point sling (though I could be wrong on that), wearing a loaded plate carrier. How did he not recognize that people were going to freak the hell out? He’s lucky he didn’t get shot. Yes, he had body armor, but that doesn’t mean you’re bulletproof. It doesn’t protect the head or extremities, and you can die from wounds to any of those.

The problem is, he was doing this to try and make a point, but you know what he really did? He gave every damn anti-gunner in the country someone to point to when we talk about irresponsible gun owners. He terrorized dozens of people needlessly so that he could supposedly gain some attention?

This is not how we doing things.

You want to walk around with an exposed weapon to normalize the activity? Be my guest. However, can we agree that a holstered handgun does that job quite well without inciting panic?

Andreychenko either knew what would follow his antics or he’s an idiot. Plain and simple. What he’s done is convinced the majority of people in that Walmart that gun owners are dangerous.

The only saving grace in this is that an armed citizen stopped him. This idiotic stunt also becomes a good guy with a gun story, but not through some clever thinking by Andreychenko.

No, it was because not every gun owner is braindead.

Folks, I’m willing to debate open carry in a calm manner. I don’t hold those who disagree with me about the usefulness of it as being evil or stupid. I’ll also stand side-by-side with them against anyone who would restrict the open carry of firearms.

What I do think is that though we believe we have the right to do something, it doesn’t mean it’s a good idea to do it.