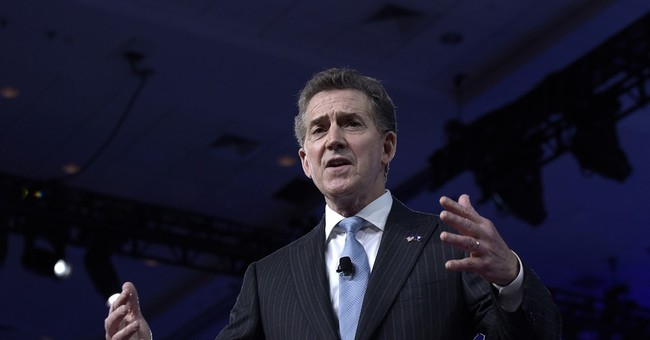 When it comes to mass shootings or violence in general, everyone has an opinion. This is especially true of politicians who seem to have an opinion on every issue imaginable despite a profound lack of expertise in anything other than grandstanding.

However, former Senator Jim DeMint has an opinion of what’s driving gun-related violence, and it’s one worth listening to.

Following increased calls for gun control after the shootings in El Paso, Texas, and Dayton, Ohio, former U.S. Sen. Jim DeMint said Sunday that gun violence is a cultural issue that cannot be solved through federal regulation and legislation.

“It’s more symptomatic of a decline in our culture — I’m not sure any new laws are going to help that,” DeMint said on “America’s News HQ.”

“Congress could do more than anything else by setting a better example of how to treat people… They’re probably the biggest instigators of hate and racism and violence in the country right now,” he continued. “So, they need to look inward at just how they behave.”

Other countries have had access to firearms–Iceland and Switzerland, for example–and don’t have the rate of mass shootings that we do. Something is wrong here, and it’s not the guns.

Yes, these countries have gun control, but people who want guns can still get them for the most part. Also, yes, other countries do have mass shootings, even if the media opts not to report them or pretends afterward that most of them didn’t happen unless they can use it to advance the narrative. But we still have an issue here.

So why is this such a big problem in the United States?

The most likely answer is that there’s something in our culture that’s causing this. DeMint argues that Congress, by its actions, plays something of a role. I can see where he’s coming from. Members of Congress are a key part of shaping the political narrative. That shapes a lot of the discourse in this country.

Now, does that account for all of it? Not really. While there have been a handful of politically-motivated attacks such as El Paso or the attack on the ICE Facility in Tacoma, Washington, most of the mass shootings we’ve been seeing aren’t expressly about politics.

In other words, I’m not sure it’s fair to blame Congress for the culture that creates these shootings.

But there’s something in our culture that’s broken. DeMint is very right about the idea that culture is driving these attacks. Further, culture is a driving force behind inner-city violence that plagues the streets of cities like Chicago and Saint Louis.

The trick, however, is figuring out the required cultural shift and making it. That’s likely to be a bigger fight than gun control if we’re honest.

DeMint is right about something else mentioned in the above-linked article. He’s right that gun control proposals like red flag laws aren’t going to work. The only thing that will? Shifting the culture.