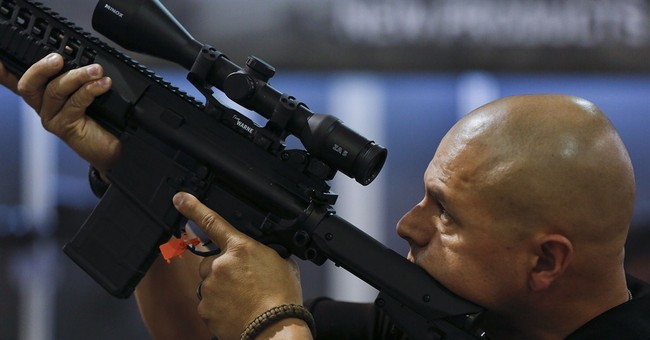 The state of Maryland has had universal background checks for a while…for handguns. Long guns, however, were a completely different matter. They weren’t as heavily restricted, probably in part because they’re also far less likely to be used in crimes.

Despite that failure, though, the legislature in Maryland has been angling to expand universal background checks to include guns unlikely to be used in criminal enterprises for the last couple of years. Well, it looks like they made it happen.

Maryland lawmakers gave final approval Monday to a bill that will require all buyers of rifles and shotguns to submit to background checks.

State law already requires buyers to undergo a computerized federal background check when buying a long gun from a licensed dealer, and the bill extends that requirement to private sales and permanent gifts of such guns.

The buyer and seller would need to go to a licensed dealer, who could facilitate the check for a $30 fee.

The bill’s passage represents a victory for gun control advocates, who have sought for years to eliminate what they believe is a “loophole” in background check requirements. Their advocacy ramped up over the last two years, and the legislation failed in the waning hours of the 2019 General Assembly session after the House of Delegates and the state Senate could not work out differences in the versions of the bill they passed.

Of course, critics of the bill are taking issue with it on various grounds. Personally, though, I’m going to point out just how idiotic this bill actually is.

For one thing, everyone knows that criminals buying and selling guns on the black market aren’t remotely impacted by laws like this. They’ll continue their illicit weapons trade while law-abiding citizens have to jump through hurdles. As such, it’ll have absolutely zero impact on crime, especially considering how rarely long guns are used in crime.

Is it any wonder why so many gun-rights advocates believe such laws are more about controlling the law-abiding than stopping criminals? It shouldn’t be.

So, if you’re in Maryland, it’s probably a good thing to go ahead and start planning accordingly.

Of course, many regularly law-abiding people will continue to buy and sell guns for some time regardless of the law. Everyone has a limit and this is likely to go beyond some people’s. I can’t say that I don’t understand it, even though I cannot advocate for that. But I get it.

Regardless, though, Maryland lawmakers have done nothing to make the citizens of their state any safer.