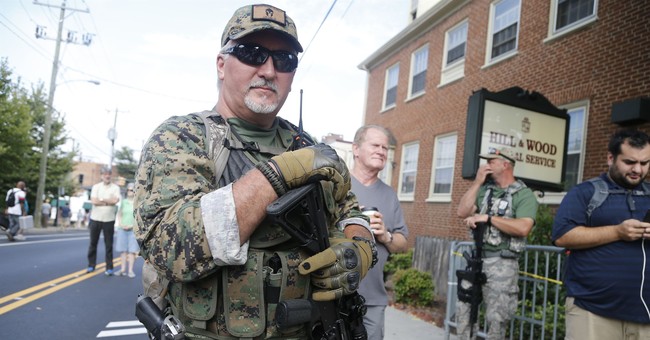 The term “boogaloo” is shorthand. The longer version is “Civil War 2: Electric Boogaloo.” It’s an internet joke in the gun community, not because civil war is a joke, but because most everyone can sense it coming whether we want it or not. For some, they’re taking the stand that if it’s coming, they want to go ahead and get it over with. For others, they just pray they’re wrong and it never comes.

Regardless of what we want, though, we’re seeing some signals that have me more than a little worried.

For one thing, we’ve had months of “civil unrest,” which is a very polite way to say “rioting.” While much of that has been in Portland, thus away from the rest of the nation, not all of it has.

We saw a week of riots running from coast to coast over the death of George Floyd. We’ve seen riots spring up over what sure look like justified police shootings.

For the mob, none of that matters.

Whether they simply don’t care or whether they’re latching onto any pretext they can find, the results turn out the same. It’s enough to make some wonder whether the boogaloo is here already.

After all, many Americans aren’t playing around with the protestors. One armed protestor was shot after he pointed a weapon at a driver in Texas. Two others were killed and another wounded in Kenosha. And with that, I can’t help but wonder what’s next.

See, if a civil war comes, it’s not necessarily going to be just a group fighting the government. Sure, that may be part of it, but also expect partisans to also get in on the action. They’re going to just sit back and pretend that everything’s just hunky-dory. That’s especially if their side is out of power. No, they’ll get in there and take action.

Now, I’m not saying that either of the two cases above was motivated by any such things. From what I’ve seen, quite the contrary. The gentleman in Austin was being attacked for driving in the wrong area at the wrong time and nothing else. In Kenosha, the guy was there to try and protect property and nothing else.

However, there have been others who tried to go to these “protests” with the intention of stirring up trouble, supposedly. Whether that’s a media concoction or overzealous law enforcement or the honest-to-God truth, I can’t say. What I can say, though, is that everyone needs to start calming the hell down before things get even uglier.

We’re not in the boogaloo now, and we might even be able to prevent it if we’re really careful. Unfortunately, I just don’t think the other side of the debate is all that interested in peaceful co-existence with their ideological opponents anymore. Worse, though, is that a lot of those ideological opponents are starting to become pretty OK with that themselves, and that’s a condition that’s just throwing gasoline on the powder keg, making it that much easier for a spark to set the whole damn thing off.