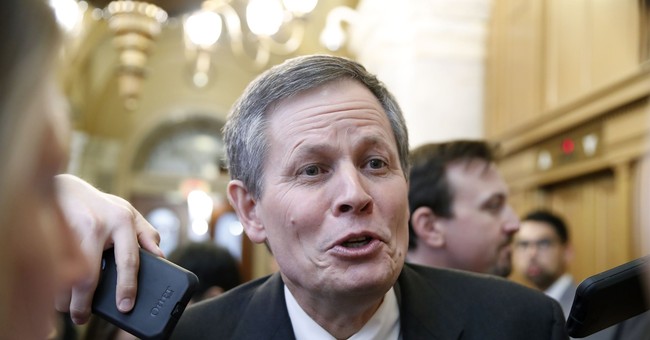 With the voting done, the 2020 elections are all over except for the counting. And the probable legal challenges that will probably arise, of course.

As per usual, the media–both the mainstream and the new media–will try and look at what happened and pontificate upon it. By now, I’ve already done a fair bit of it.

Now, I’m going to engage in a bit more. After all, when it comes to gun rights, we need all the wins we can get, and we got a big one in Montana Tuesday night.

GOP Sen. Steve Daines has won his bid for reelection in Montana, beating back a surprisingly strong challenge in a solidly Republican state.

His victory over Gov. Steve Bullock moved Republicans a step closer to retaining their majority in the Senate, where they now have a 53-47 advantage.

Bullock, who won reelection as governor in 2016 even as Trump won the state by 20 percentage points, failed to repeat that feat of ticket-splitting success against the GOP incumbent in a state where Trump has remained very popular.

So just why did such a popular governor fail to unseat a senator? Well, that’s a good question. Part of it may be Bullock’s past of embracing gun control.

Bullock, in the past, has advocated for things like universal background checks and assault weapon bans. He’s also apparently flip-flopped on the issue several times in the past. He’s even tried to buff up his bonafides and failed spectacularly.

It seems that Montana voters might have liked Bullock, but they didn’t trust him.

One should also remember that we’re a different nation than we were four years ago. While it’s only a handful of years, the truth is that we’re more divided than ever before in my lifetime. People are looking at politics more like a team sport, for obvious reasons.

Plus, Montanans like their guns. It’s a state where firearms aren’t just a way of life but are a life essential. Most in the state live rurally. They live in a place where it may take law enforcement an hour to get to your house if you call with an emergency. You don’t just give up your guns and trust the police will protect you when that’s the reality you live in.

Bullock, for all they might have liked about him in the past, sought to overturn that applecart. His past support for gun control, as well as his continued support for at least some measures, made it so folks in Montana just couldn’t embrace him. They couldn’t trust him. Not with their essential right to keep and bear arms in the balance.

In the process, though, they may just have saved the rest of us. Daine’s win comes with the fate of the Senate very much in doubt as of this writing. We’re looking at a potential 50-50 split or even a slight edge to Democrats. That edge would be even more pronounced with a Bullock win. Without that, the rest of us get a slight bit of breathing room.

Especially if the worst happens with some of the other big races still undecided as of this writing.