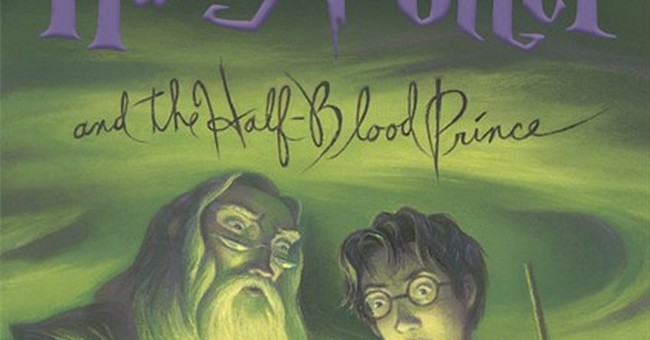 Everywhere you look, it seems that someone is trying to compare the wizarding world of Harry Potter to our real world. Trump was Voldemort, for example. Someone would be the notorious Delores Umbridge.  They tried their damnedest to make the connection.

In fact, it was so bad that a popular mantra in response to signs suggesting such a comparison was “read another book.”

I’ve read a lot of books, but for all of those who are convinced that Harry Potter is the key to life, I’m curious why they’re not all pro-Second Amendment.

After all, let’s take a look at the wizarding world and Harry’s school of Hogwarts.

Now, firearms never actually show up in either the books or the movies. That’s not overly surprising, of course. For one, this takes place in the UK. For another, it’s a story focused on children. Neither of those is suggestive of people walking around with firearms.

However, another reason why you’re not likely to see guns is because every man, woman, and child seems to carry something that is far more deadly and dangerous than any firearm. They carry wands.

What’s more, those wands are routinely used for self-defense by everyone, including the children, as they battle the forces of He Who Shall Not Be Named.

Hogwarts, the wizarding school that pretty much everyone seems to go to, doesn’t just permit its students to wander about armed, they require the wands for school work. In fairness, the wands are also utilitarian in that they’re used for pretty much everything, but Hogwarts doesn’t ignore their potentials as a weapon. Quite the contrary, actually. They incorporate it as part of their lessons.

One of the running themes through the books is how there’s a new Defense Against the Dark Arts teacher every year. In fact, it becomes a thing about how the position is cursed. After all, no one lasts more than a year in the role.

Regardless, Defense Against the Dark Arts isn’t theoretical. At least, it’s not until the vile bureaucrat Umbridge takes over.

No, it’s practical training on how to use one’s wand in self-defense. They’re teaching children how to use weapons and it’s a core part of their studies up until they graduate.

Meanwhile, we face a wall of controversy about letting the teachers carry weapons.

Of course, I get that Harry Potter is fictional. I’ve written plenty of fiction myself, after all. They diverge from reality in all kinds of ways that go beyond the existence of magic.

Yet, fiction can also offer suggestions we can learn from if we choose.

That’s the same as it is with firearms, and for those who look for political lessons from the book, even if J.K. Rowling is now “problematic,” the truth is that one place to start would be to rethink any anti-gun positions you might have.

Car Jackings In Minneapolis Up 537 Percent

Car Jackings In Minneapolis Up 537 Percent