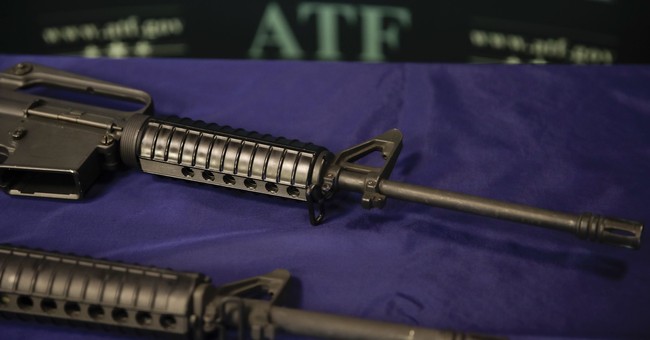 The term “ghost gun” is a favorite among anti-gunners. They love the scary feeling, the idea that it’s “untraceable” or something–nevermind that most guns are untraceable after a period of time in any place without a registry–and they love that it can be used to scare other people.

However, according to the ATF, a receiver that isn’t a full-on receiver is simply not a firearm. There’s no way around that, really.

There also may not be a way around the fact that the Protection of Lawful Commerce in Arms Act may not cover those who sell non-receivers.

Granted, that’s typically not an issue, but it’s about to be.

Families of those killed and wounded in a rural California shooting rampage three years ago are suing manufacturers and sellers of “ghost gun” kits that provide easy-to-assemble firearm parts that make it difficult to track or regulate owners.

A pair of wrongful death lawsuits filed last month in separate state courts accuse 13 defendants of negligence, public nuisance and violation of business codes. The cases were brought by Brady United, the national nonprofit that advocates against gun violence, which said Monday that the suits are the first of their kind in the nation.

Ghost guns, which are cobbled together with various parts often purchased separately, have long been popular among hobbyists and firearms enthusiasts. The weapons that contain no registration numbers that could be used to trace them and require no background checks increasingly have shown up at crime scenes, gun control advocates say.

“There is an ample and thriving gun market in this country in which law abiding citizens can get guns thru proper channels. This is an industry that appears aimed at supplying people who can’t legally have guns,” Brady’s chief counsel Jonathan Lowy said Monday.

Which is total BS, of course. Sellers of so-called “ghost guns” aren’t trying to arm criminals. They’re providing a product for people who wish to build their own guns.

Yes, many of those want to do so away from the prying eyes of the government, but the vast majority of their customers can purchase completed firearms legally. They just want to build them themselves.

Others do it because they like the idea of putting as much work into their own firearms as possible.

I’ve built a gun from an incomplete receiver. I’ve also purchased firearms from licensed gun dealers and passed the NICS check. It’s not overly difficult to find legions of law-abiding citizens who do just that. Not that anyone at Brady would deign to speak to anyone who has built their own firearm to learn why they would do such a thing.

However, the lawsuits aren’t really about winning. Not really.

No, the lawsuits are about making it too expensive to do business. They want to sue anyone who sells anything that gets misused so that law-abiding citizens simply won’t be able to buy anything.

There’s no need to repeal the Second Amendment if no one can buy a gun or get the parts to build their own in the first place.

With luck, the judge will find that even incomplete receivers count for the Lawful Commerce in Arms act and toss the lawsuit. We’ll just have to see.