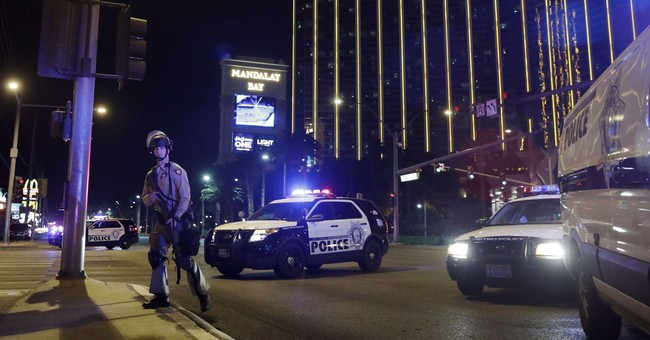 The Las Vegas shooting was horrific. It was the worst mass shooting in American history. With 58 people killed and a mindboggling 851 injured, though “only” 451 were shot, it was a nightmare scenario for everyone involved.

Almost a year later, we’re still trying to understand just what happened that night and what motivated the killer.

Today, we get to understand why MGM, the company that owned the hotel the shooter fired from, is looking to sue 1,000 or so victims of that horrific night.

MGM Resorts International has filed federal lawsuits against more than 1,000 victims and relatives of last October’s shooting rampage in Las Vegas in a bid to squelch liability claims against the hotel-casino giant.

MGM owns the Mandalay Bay resort, where shooter [REDACTED] opened fire Oct. 1 on a crowd of thousands of concertgoers at the Route 91 Harvest Festival. The gunman killed 58 people and wounded more than 500 others. [The killer] was found dead of a self-inflicted gunshot wound. It was the largest mass shooting in modern U.S. history.

The company’s lawsuits, filed in federal courts in Nevada and California, noted that more than 2,500 victims and related persons have either filed or threatened to file complaints against MGM, claiming negligence and responsibility for death, injury and emotional distress related to the massacre.

But MGM’s suits argue that those current and potential claims against the company must be dismissed because of a 2002 federal law that grants liability protection to any company that uses anti-terrorism technology.

MGM asserts that the security company hired for the festival, Contemporary Services, was protected from liability as it was certified by the Department of Homeland Security.

MGM has also said that they don’t feel years of litigation are in the best interest of the victims.

Just a hunch here, but being sued by a large corporation is probably not in their best interest either, especially if their injuries or lost loved ones are due in part to incompetence.

The company’s claim that they can’t be sued since they used anti-terror technology makes no sense. As CNBC noted in the above-linked story, the rampage hasn’t been classified as terrorism by the FBI, mostly because there’s been no link to any attempt to advance an ideology of any kind. While the event was terrifying, that doesn’t make it terrorism.

However, there’s also the optics of something like this.

In a world where businesses are typically image conscious, for good reason, this makes MGM look particularly heartless. I get them defending themselves from liability claims, but this? This decision is targetting people who have already been victimized to play offense instead of defense. This is despicable, in my not so humble opinion.

I’m not saying MGM is responsible. I think the killer played a system that’s been in place in Vegas for decades without prior incident. Should MGM be held responsible for that? I’m inclined to say no. There doesn’t seem to be any actual incompetence at play here, just a way of doing business that may not be the best idea in this day and age.

But that doesn’t mean MGM gets a pass. This is colossally stupid from a PR standpoint, and they’re going to deserve the scorn that is sure to come.