29 Guns Seized Along With Drugs, Cash 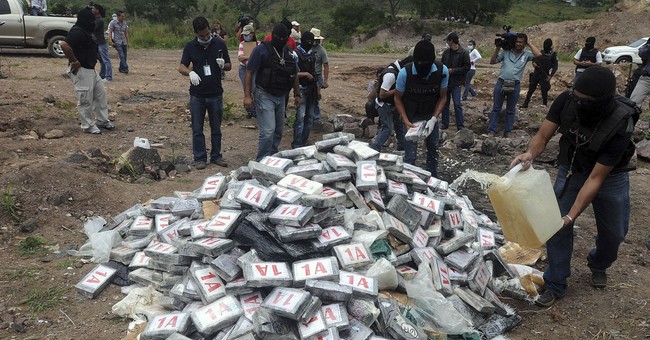 If gun grabbers weren’t trying to attack our fundamental rights, they’d almost be cute in their ignorance.

One of my favorite claims is that if private citizens can’t get guns, then neither can the criminals. I mean, I get the thinking here. They figure that even if the crooks don’t buy them outright, they steal them from law-abiding gun owners, so if those gun owners can’t own guns, the bad guys can’t get guns.

Well, a recent arrest, one of probably millions of similar arrests calls some of that into question.

Agents were serving a drug asset forfeiture when they detected an odor of drugs coming from the West Francis Avenue residence, according to the Office of Attorney General. Investigators recovered 19 firearms, drugs and $8,000 in cash. A 17-month-old girl was also living in the home.

Chad Lubawski, 37, and Colleen Secilia, 38, are charged with possession of stolen firearms, tampering with the serial numbers on those firearms, drug possession, and endangering the welfare of children.

Matthew Smith, 20, and Marcus Smith, 18, are charged with possession of stolen firearms, manufacturing and distribution of cocaine and methamphetamine, and endangering the welfare of children. They were arraigned and were released after posting $10,000 bail. Preliminary hearings are scheduled for July 19.

I mean, meth I can see. That’s locally manufactured. But cocaine isn’t. That has to come from somewhere else. So, if laws banning people from possessing things stops bad people from getting it, just how in the hell did they get the cocaine?

Now, I get that at least two of these people are charged with possessing stolen guns. That’s not what I’m talking about here.

What I’m talking about is how criminals were able to get their hands on an illicit substance that can’t be obtained legally in the U.S., can’t be made here for several reasons, and has to come in from somewhere else despite laws against transporting it across national borders.

If that can continue to happen despite a decades-long war against drug trafficking, just how do these gun control-loving nimrods really think you can stop bad people from getting guns?

Right now, no, there doesn’t seem to be a lot of illegal guns coming into the country. There’s no reason for them to import guns. Bad guys get guns readily enough as it is.

But if you were somehow able to take all the guns, do you really think some enterprising soul wouldn’t figure out a way to put guns in these very same people’s hands? If they can get their hands on drugs like cocaine and heroin, do you really think illegal guns would be a problem?

If you do, you’re a fool. Criminals act like the law, any law, doesn’t apply to them, so they will get guns no matter what the law says.

All a gun ban would do is make it impossible for the average citizen to protect themselves.

Continued attacks on Second Amendment live in the shadow of the DOJ’s genesis
May 23, 2022 8:30 PM ET