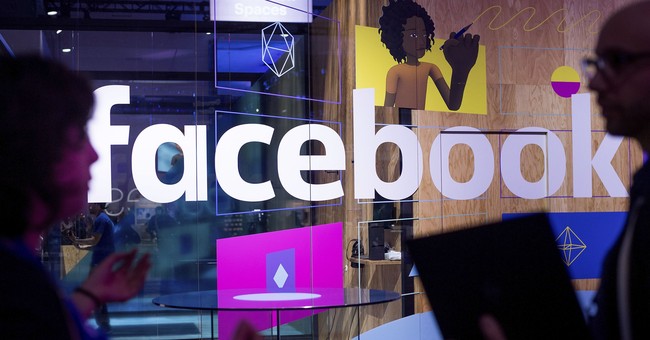 Facebook has been under fire for quite some time for it’s allegedly leftward lean, and that means the site has appeared to be anti-gun. There are mountains of complaints about pro-gun sites, articles, videos and even memes have been blocked by the site.

However, it seems they might have gone too far when they blocked an ad by a candidate that was pro-gun.

The saga of Facebook’s new regulation of political ads continues, as Tuesday a prominent candidate for Commissioner of Agriculture claimed his ad was wrongly rejected by the social media giant.

The short video ad depicts Republican state Rep. Matt Caldwell shooting a rifle in a field and touting his endorsement from the National Rifle Association. He was the first statewide Florida candidate to be endorsed by the group this election cycle.

In Tuesday’s press release, the Caldwell campaign attached a screen shot of Facebook’s apparent denial, which read: “Not Approved: Your ad can’t promote the sale of weapons or ammunition.”

In the release, Caldwell criticized what he called “Facebook’s censorship regime.”

“Facebook’s liberal agenda is keeping our campaign for Commissioner of Agriculture from sharing our message,” he said. “Facebook has mislabeled our ad in an effort to censor our pro-Second Amendment support and endorsement from the NRA.”

Further, since it was a political ad, Facebook could easily run afoul of federal regulations.

Update: As of Tuesday at about 8:30 p.m., the ad was approved by Facebook. A spokesperson for the website sent an emailed statement: “We review millions of ads each week and sometimes we make mistakes. We have overturned the incorrect decision and the ads are now running live on Facebook.”

In other words, the site claims it was just a mistake.

Funny how these mistakes seem to happen to one side predominantly, isn’t it?  I mean, it’s a political ad. That should be clear to anyone with half a brain. There’s absolutely nothing that can reasonably be taken as someone trying to sell guns. Nothing at all.

But they made a mistake?

More like someone allowed their anti-gun bias to come into play and they hoped there would be no appeal on the matter. Either that or it was a direct attack on Caldwell, either because of him or his political party.

Neither is a pleasant possibility.

As social media sites continue to grow, they create the possibility of directing just where we go as a society. YouTube’s restriction of certain gun content is problematic, and this is just as problematic. These sites aren’t just limiting certain content; they’re shaping what people think of as normal. They’re undermining our understanding of rights to some degree.

By restricting a political ad like this, even temporarily, they’re also showing potential interest in shaping elections. They just hoped they wouldn’t be called on it.

Look, mistakes happen. But, when I start seeing both sides hit with these kinds of mistakes, I’ll believe it’s accidental. Until then, I have every reason to believe it’s something more. Most likely, a jackwagon employee using his own warped sense of morality to decide who gets their ad seen and who doesn’t, but I won’t completely rule out Facebook itself behind the wheel on this.

At least now the problem has been rectified. But for how long?