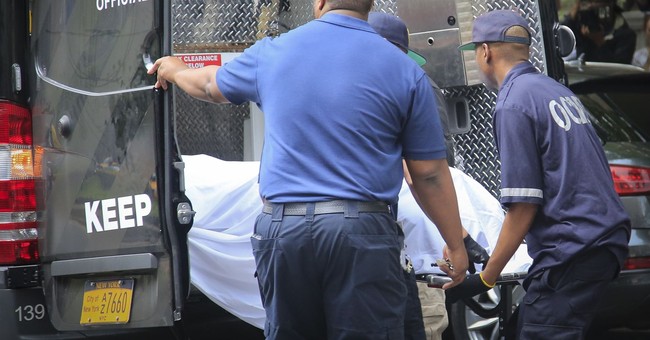 On Friday, I wrote about how there has reportedly been an increase in firearm-related homicides. I also pointed out then that it still pales in comparison to the number of times people use a firearm in self-defense.

The full-court press against guns and gun ownership didn’t end there, however.

It seems NPR was taking a different tactic, using suicides committed with firearms to try and subtly force the issue.

“I believe we have a major public health crisis that we’re not doing nearly enough about,” said Jennifer Stuber, policy director of Forefront Suicide Prevention at the University of Washington, which works to educate people in gun culture about the risks of firearm suicide.

Stuber’s husband ended his life with a firearm in 2011.

“The public is really misinformed about this issue,” she said. “They think it’s homicide. But 60 to 80 percent of gun deaths are suicides, depending on what state you’re in. So we have to start raising awareness about this.”

Paul Nestadt, a psychiatrist at Johns Hopkins who studies suicide at the School of Public Health, agreed.

“As I looked into suicide more and more, it became very clear that access to lethal means, specifically guns, was one of the most important risk factors that we could address,” he said.

Suicide attempts are fairly common, Nestadt said, but usually, they’re unsuccessful. The data show that having a gun available in the home or workplace make those attempts at self-harm far more likely to succeed.

Researchers say suicide tends to be a highly impulsive act. Studies show that if you can limit access to the deadliest means of self-harm, like a pistol or a shotgun, the moment of crisis will often pass quickly. People contemplating suicide usually won’t go looking for another way to hurt themselves. Also, people who survive a suicide attempt, after using less lethal means, rarely try again.

Again, the percentage of people who defend themselves with a gun is well in excess of all of those who lose their lives to guns, even if you include suicides.

The problem with suicides, though, isn’t in the access of firearms. It’s that there are people who think there are no other alternatives than to end their life. That’s a mental health issue that needs to be addressed, not an individual’s access to firearms.

Let’s be honest here. I’m skeptical of any claim that it’s possible to restrict access to firearms in any way that would reduce suicides without inhibiting the individual’s right to keep and bear arms. Instead, any effort to curb suicide by restricting access to guns will result in innocent people being killed because they couldn’t get a gun when they needed one.

The thing is, I honestly don’t see why I should have to. Suicide is an awful thing, and I could write endlessly about why it’s a poor thing for anyone to choose, but in the end, it’s a person deciding to do something to themselves. I still maintain that if someone wants to kill themselves, they’ll use whatever is at hand. It may be an impulsive act, but it’s not necessarily true that someone won’t use whatever they have at hand. Guns are far from the only option available in many households, after all.

But that won’t stop the narrative, the argument that somehow we must restrict guns so we can protect people from themselves.