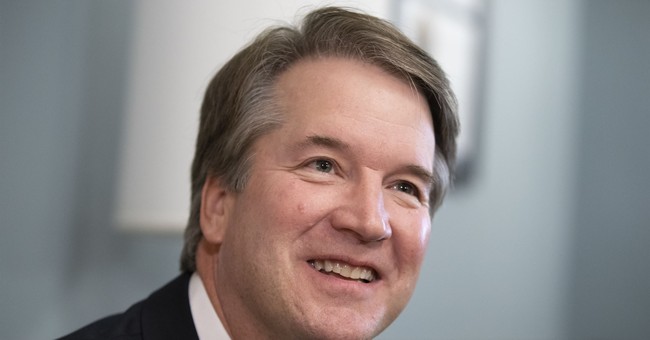 The way anti-gunners are going nuts about Supreme Court nominee Brett Kavanaugh, you’d think he wants to overturn every gun law in the nation, including the Gun Control Act of 1968 and the National Firearms Act of 1934.

Oh, a guy can dream.

The reality is, though, Kavanaugh does seem to be pretty pro-gun, which is awful in their eyes and wonderful in ours. However, it seems that as a member of the Supreme Court, Kavanaugh might side with the anti-gunners on one particular point, a bit of a surprising one.

In a 2011 Court of Appeals for the District of Columbia finding for the case known as Heller II—which challenged a District of Columbia gun regulation ordinance following the U.S. Supreme Court case, and was brought by the same plaintiff—Kavanaugh wrote in his dissent that people can keep most guns, including AR-15 rifles, the Associated Press reports.

However, Kavanaugh also wrote that gun licensing requirements could promote firearm safety, by mandating tests and setting standards for obtaining a gun license, notes David Kopel in a piece for the Volokh Conspiracy.

“Licensing requirements mandate that gun owners meet certain standards or pass certain tests before owning guns or using them in particular ways. Those laws can advance gun safety by ensuring that owners understand how to handle guns safely, particularly before guns are carried in public,” Kavanaugh wrote.

In other words, it appears that Kavanaugh may well endorse training requirements on things like gun permits.

To be fair, there are a lot of ostensibly pro-gun people who support those requirements. The argument sounds great. Requiring a certain level of training before someone gets a concealed carry permit makes sure they understand the laws in place such as where they can and can’t carry, when they can and can’t shoot, and that they know how to shoot.

The problem is, introducing a training requirement can create a kind of artificial gun control.

Let’s say the law places this into the hands of the county sheriff to handle, but the sheriff is anti-gun. The state has dictated the curriculum and qualification scores needed for a permit, so he has no control over that, but he has control over anything else. As a result, he decides he’ll host one class per year, with only 15 seats available. He also doesn’t advertise the classes are open, so people find out about the class a week or two after it’s full–you know some deputy is going to tell all his friends when to register.

With just 15 new permits being issued per year, that’s almost as good as none being issued in a lot of minds.

Training requirements introduce opportunities for anti-gun officials to monkey with people’s ability to exercise their constitutional rights. While I think everyone should be trained and should continue to seek out training for as long as they live, requiring it makes it possible to infringe on an individual’s right to keep and bear arms.

The idea that Kavanaugh supports such a thing, or even just the constitutionality of it, is troubling. This is especially true since there is no requirement that individuals get training prior to exercising their other constitutional rights.

Luckily, the odds of such a case showing up before the Court is minimal. Not only would a case need to pop up, but it would also have to travel all the way up the chain before the Supreme Court would even have the opportunity to hear it. There’s not a lot of push right now to try and overturn training requirements, so I don’t think it’ll be an issue in the long run.

Still, it’s good to know where a nominee stands, even if we disagree with it for some reason.