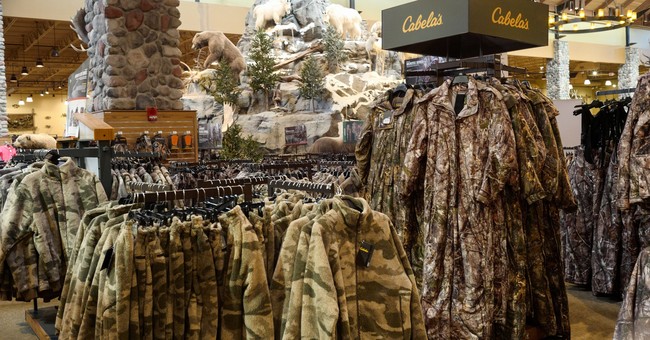 It’s been a busy year for Bass Pro Shops. After all, their merger with Cabela’s not just cleared the playing field a bit for their retail business, but also gave them broader reach and a plethora of new stores to call their own. If nothing else happened, that would be enough good news for a company.

However, it also seems they’re the number two hottest retailer out there right now.

Bass Pro Shops has been named the number two hottest retailer in America by the National Retail Federation (NRF)—the world’s largest retail trade association representing more than 18,000 companies from the United States and more than 45 countries.

The position put the company ahead of some of the nation’s premier retail giants, including Amazon, PetSmart, IKEA, Verizon and others. Firearms, ammunition and accessories are featured in each store, a tradition that continued in 2017 as it joined forces with Cabela’s to offer the “best-of-the-best” shopping experience for outdoor enthusiasts.

“Bass Pro has made regular appearances in the Hot 100, but none as high as this year’s No. 2 ranking after completing a prolonged acquisition of Cabela’s last September,” the NRF said in announcing members of the annual list.

“Our company is guided by the principles of genuinely friendly service and quality products and experiences offered at an exceptional value each and every time,” said destination retail pioneer, founder and leader Bass Pro Shops Johnny Morris. “This recognition is a tribute to all of our remarkable and passionate outfitters who work hard every day to make sure every customer experience is a positive one.”

The fact that Bass Pro is listed ahead of companies like Amazon is pretty awesome. Especially since Bass Pro Shops is a pro-gun retail establishment with close ties with the National Rifle Association.

This is especially important since guess who isn’t on the list? Dick’s Sporting Goods.

It seems proclaiming your anti-gun bias and actively working against the right to keep and bear arms by hiring lobbyists to push for an assault weapon ban isn’t the best way to grow your business. Who knew?

While anti-gun voices love to proclaim that the public is really with them, it’s nice to see that a company like Bass Pro Shops, one that sells guns and supports the nation’s oldest civil rights organization is able to become one of the hottest retailers in the nation. In fact, it’s almost like the anti-gunners who claim the public is on their side don’t have a clue what the hell they’re talking about.

Oh, who am I kidding? We all know they don’t have a clue what they’re talking about. That’s why they worry about fully-automatic ammunition and military-grade rifles not used by any military in the world. In other words, nonsense.

I hope Bass Pro Shops continues to grow, if for no other reason than to annoy the hell out of companies like Dick’s who decided to raise the virtue flag as part of their business strategy, only to see it not really contribute to the kind of growth they thought it would.

What can I say? I’m easily amused.

As Biden Goes Off-Script, White House Tech Team Cuts the Mic and Blasts Music
Townhall
'Honey, do you even HISTORY?' Joy Reid SCHOOLED for pushing revisionist history claiming the parties MAGICALLY switched places
Twitchy
NBC News Has Some Explaining to Do After Cuomo Revelations Implicate Prominent MSNBC Anchor
Redstate
Jussie Smollett Uncovers Who's at Fault for His Race Hoax and You'll Be Shocked to Learn It's Not Jussie Smollett
PJ Media