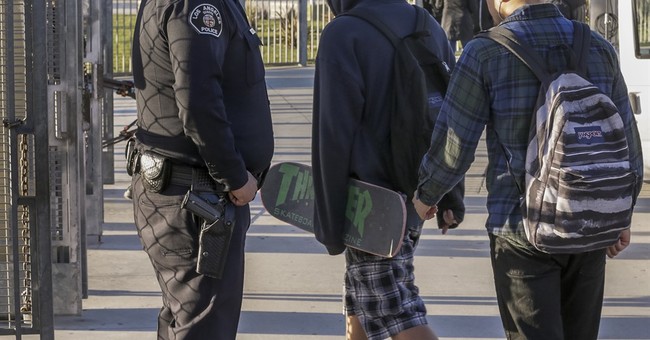 A Blue Ribbon Panel on School Safety, organized by Los Angeles City Attorney Mike Feuer, cautioned that Los Angeles schools may not be meeting adequate safety measures, even though the city and state of California has tough gun laws, according to a report released Monday.

The panel was concerned that the Los Angeles Unified School District (LAUSD) struggled to meet safety measures due to not receiving enough funds to provide quality mental health services to students. California ranked the lowest in the amount of spending put toward each student, according to the report.

Other problems pointed out in the report included inconsistent school safety measures and inefficient collaboration between schools and public organizations.

The panel came up with 33 recommendations after holding several town hall meetings between April and June.

One recommendation was having single, secure entrances for each school as over 200 schools did not have secure and controllable entrances, according to the Los Angeles Times.

Another recommendation was not only hiring more mental health professionals, but also requiring schools to enforce social-emotional and pro-social programs for K-12 students. Twenty-six percent of the 8,000 students screened were at high risk for traumatic stress, the report found.

These suggestions are certainly feasible and probably good ideas, though schools throughout the nation routinely say they don’t have enough money as it is. Regardless, this will cost more money, which means it’s got to come from somewhere, so that’s something that would need to be worked out, but probably doable.

However, other suggestions didn’t fly. Apparently, metal detectors are “divisive.”

Look, my son walks through a metal detector every day as he walks into the school. Every other kid does the same. It’s not that divisive for the students based on what I’ve seen and heard. But in L.A., they’re thinking of a different approach. As Hot Air‘s Jazz Shaw notes:

Other suggestions seem far more puzzling. Many of the schools now have metal detectors (thankfully) but the panel describes the procedure as being so “divisive” that they’re unsure what to do. In response, they are launching a pilot program in a limited number of schools where they will only use the detectors ten days per month. If students are worried about being shot, you’d think that they would adapt to metal detectors fairly quickly. Reducing the number of days they are used makes little sense since word will quickly get out to the student body as to which days the detectors are in use.

Guess what didn’t make it onto the list of improvements. Allowing teachers to be armed. There’s also no mention of additional armed security personnel. Of course, the panel did manage to endorse the idea of stricter gun laws. But if they already have some of the tightest gun controls in the nations (which it says right in the report), why are they uncovering so many deficiencies?

I agree completely agree with both paragraphs.

You either use metal detectors or you don’t. Period. Even using them on random days does nothing to minimize the risk to students. All someone would have to do is bring a gun in on a day when they don’t see the detectors in use, stash it somewhere on campus, then use it when ready. This isn’t rocket science.

Shaw is also right about how if gun control hasn’t worked up to this point, why would anyone think more laws would. As noted yesterday, gun control is dead.

Then again, the anti-gun necromancers are trying to resurrect it in zombie form and keep it going, but it shouldn’t take all that much brainpower to look and see that it’s a lost cause, but still, they persist. It would be cute if they were trying to do something other than take away people’s rights.