It's Not Just The Leftist Media That Misunderstands Guns 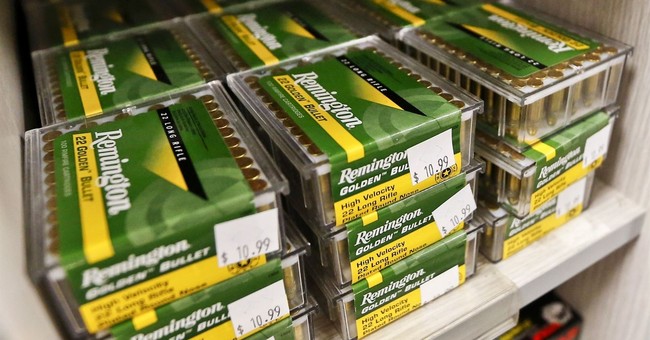 We love to mock the media for freaking out about nothing when it comes to guns. For example, I remember a case years ago where a man shot someone and claimed self-defense, and the media wanted to make a big deal about how he had 50 rounds inside his own home. Can you believe that? 50 whole rounds.

What we call a box or two of ammo (depending on the counts).

But it’s not just the left-leaning, mainstream media that botches it sometimes.

Ben Shapiro is vocally pro-gun. He’s also the man responsible for The Daily Wire. So, it’s not an anti-gun bias among the site’s leadership that resulted in this:

The New York man who was accused of leaving threatening voicemail messages for House Majority Whip Steve Scalise (R-LA) and Republican Conference Chairwoman Rep. Cathy McMorris Rodgers (R-WA) was found to have 200 rounds of ammunition at his home, according to nola.com.

Oh boy, where to start.

First, it should be noted that 200 rounds isn’t a lot of ammo. Hell, that’s barely a quick range trip for a lot of us. I’ve burned through that while hanging out with friends at the range where we spent a lot more time talking than shooting.

Serious shooting requires a lot more than that. Hell, I know folks who are down to 2,000 rounds and are complaining about being low.

Second, an SKS is not an assault rifle. Unless it’s been screwed with, it has an internal, non-detachable magazine, 10-round capacity, and a standard rifle stock with no pistol grip. Hell, they’re legal for sale everywhere in the nation and are considered Curio’s & Relics eligible, meaning people with a C&R license can have them shipped to their house.

Now, don’t get me wrong, I’m not defending this jackwagon. He’s a tool, and since he was making threats, he deserves what he’s getting. Especially threatening Scalise, a man who has already been shot once by a crazed leftist.

But some see these headlines and this story and think that this is a lot of ammo or something. It’s not. Not really.

Maybe it’s just me, but scary-sounding language coming from a right-leaning publication may be more damaging than if this had come from the Huffington Post, Slate or Vox. People aren’t surprised to learn that leftist writers are unfamiliar with the gun culture, but they aren’t as ready to believe it from a right-leaning journalist.

Unfortunately, while the facts, in this case, may be 100 percent correct, the idea that this is newsworthy really isn’t except that if he were an actual assassin, he’s the most woefully underprepared assassin possible.