Should Man Be Charged Over Controversial Clearwater Shooting? 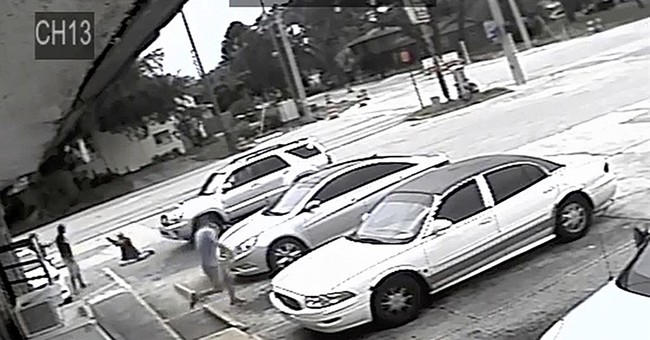 The Stand Your Ground laws aren’t licenses to kill, despite what many people claim. The law only protects someone from needing to run away when faced with lethal force, as a general rule.

But the law has been in the headlines again after a controversial shooting in Clearwater, Florida. There, a man named Michael Drejka got into an altercation with a woman over a parking spot. It seems the woman and her party, which included Markeis McGlockton, had parked in a handicapped parking spot.

McGlockton came out of the convenience store and confronted Drejka. Things got heated, and McGlockton struck Drejka.

Drejka, in return, pulled out a firearm and shot McGlockton. He told police that it was self-defense, that he was in fear of his life. That flew for a while, but earlier this week, prosecutors charged him with manslaughter.

The question is, is this the right call?

My kneejerk reaction is to assume that anyone the media is trying to vilify is probably innocent. That’s the way it goes these days. However, I’ve watched the video. When the shooting first happened, I wrote about it here at Bearing Arms. At the time, I wrote:

Of course, this is part of the ongoing efforts by those who lose loved ones in self-defense shootings to go on about how their beloved was a good boy and he didn’t deserve what happened to him. Well, if Drejka was out of line, there needs to be punishment. If he wasn’t, there won’t be. Based on a news story, there’s not enough information to tell.

What I can tell you is that coming out of a store and shoving a man to the ground is probably not the best way to show your nonviolent intentions.

Since then, I’ve watched the video.

I’m not about to excuse McGlockton. He assaulted Drejka, clear as day.

However, I’m also not so sure that Drejka acted appropriately either. You see, while McGlockton did assault Drejka, that’s about where it ended. In the video–which lacks sound–the threat looked to be over. Drejka had gotten knocked on his rear, but McGlockton didn’t appear to be interested in going all ground-and-pound on the man.

From the outside, it looked like the incident was mostly over.

Drejka would have been justified in calling the police and having McGlockton arrested. There doesn’t look like there was any additional threat. In fact, McGlockton appears to be moving away from Drejka.

Now, that’s not to say Drejka wasn’t in fear of his life. Without audio of the incident, it’s entirely possible that threats were being made, including death threats. Following an assault, I’d be more likely to take a death threat seriously, after all.

However, we can’t just assume that either. That’s where the courts come in.

While George Zimmerman was railroaded into a trial despite clear evidence of self-defense, Michael Drejka isn’t so lucky. From the most obvious evidence, he got knocked on his rear and responded with excessive force. Period.

Frankly, from where I sit–which, I’ll admit, is a far different place than where he was that day–Drejka appears to be the kind of gun guy that thinks a firearm does solve everything.

That’s not fair, though. As I noted, we don’t know everything about what transpired in that parking lot. What we do know is that Michael Drejka used lethal force to put down a man who struck him and appeared to be uninterested in pursuing the attack further. If that’s not true, then Drejka can present his case in court.

If not, then he gets what he deserves.

Charging him, based on the evidence in the public eye, is the right call. I’m sure plenty of people will disagree with me, but that’s fine.

What I want, and what I hope we all want, is justice to prevail. That should transcend politics.