Montana Governor Comes Out In Support Of Assault Weapon Ban 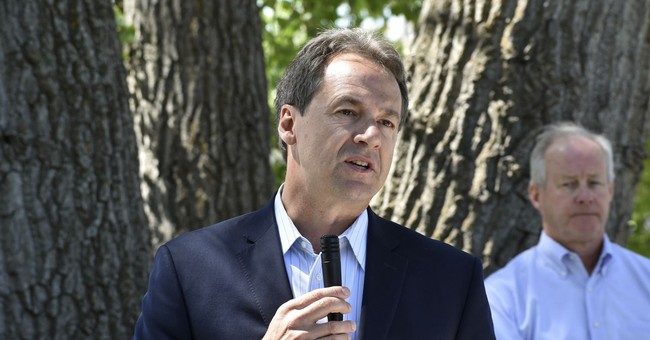 Montana is a very pro-gun state. It’s one of those states where you don’t come out in favor of gun control if you value your political career. I mean, there may be a place or two that you can get away with it, but not in the state as a whole.

That’s why Democratic Governor Steve Bullock hasn’t been particularly vocal regarding guns during his time in the state. However, now that he’s potentially seeking higher office, though, it seems he’s changed his tune a fair bit.

On CNN’s “State of the Union” with Jake Tapper, the host asked Bullock, a Democrat, if he would support such a ban. “You know, I would, Jake,” Bullock said.

“If we really step back for a minute, I think most folks, be it in Montana or elsewhere, that are firearms owners want to keep themselves and their families safe.”

Semiautomatic firearms have been used in mass shootings around the country, including a school shooting in Parkland, Florida, earlier this year that killed 17. After that shooting, many in Bullock’s party have called for a ban and introduced legislation to do so.

On Sunday morning, Ronja Abel, a spokeswoman for Bullock, said the governor sees a ban on assault rifles as protecting safety while preserving the rights of gun owners.

“Gov. Bullock is doing what most Americans are right now — reflecting on how we got to the point where mass shootings are a common event — and trying to find a way to stop it,” Abel said. “Like many Montanans, Bullock is a gun owner and a hunter and he personally doesn’t see the need for these kinds of firearms for hunting or personal safety.

“There are things we can do to keep guns out the hands of people who shouldn’t have them without taking privately owned weapons from those who legally own them.”

Earlier this spring, Bullock came out in support of universal background checks and is now in favor of supporting a ban on the most popular style of rifle in the nation.

Alright, so maybe there isn’t any such thing as a pro-gun Democrat.

The truth is Bullock is engaging in some serious mental gymnastics if he believes that a ban on an entire category of firearms–the firearms best able to be used to protect this great nation of ours–is “preserving the rights of gun owners.”

His personal inability to see the need for these guns doesn’t negate that need existing, for one thing. For another, needs never play into our rights, nor should they. The whiney, little, progressive twit prattling on and on about whatever issue doesn’t need an internet connection, for example, but I’ll defend their right to say inane stuff on the internet with my life.

That’s how rights work. You don’t have to approve of them; you just aren’t supposed to get in their way.

Bullock doesn’t recognize that, though, and now that he’s considering running for president, he sees no reason to pretend to be a friend of gun owners.

Something to think about when you’re looking at a politician who seems to be going against their party but in line with their constituency. You never know if it’s principle or pragmatism. If it’s the first, you have nothing to fear, but if it’s the second, it’ll drop the moment it’s convenient.

I guess we know where any pro-gun sentiments sat with Bullock.